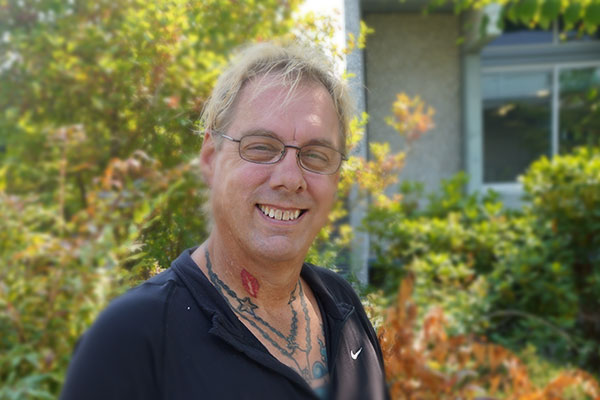 Student returns to love of art

From prison to honor roll, Highline College intern looks to future at ASU.

Having served time in prison, Ron Lytle, 49, is proving to himself and others that it’s never too late for someone to turn their life around.

The Sumner resident studies visual communications and graphic design at Highline College and interns for the college’s Print Services. Lytle plans to graduate in spring 2019 before attending Arizona State University, which he was accepted to this past summer, in fall 2019.

But just a couple of years ago, his life looked very different.

“I got mixed up with drugs and alcohol and ended up in prison,” he said.

It was in prison, however, where Lytle sat looking at continuing education programs. Once he saw graphic design, he knew he had an opportunity.

“That’s where the complete rebuild of my life began,” Lytle said. “My kids are all grown, I was no longer married, so …? Time to get educated in a field I now absolutely love.”

Lytle said he never knew what career he wanted to pursue but knew he had been an artist since he could pick up a crayon. In fact, he had drawn and painted his entire life and even studied at multiple art schools.

He graduated from the Walla Walla Community College Correctional Education program with honors upon his release and transferred to Highline College in summer 2017, where he stayed on honor roll.

At first, Lytle said he was very concerned with how people would treat him once they learned he served time in prison. But so far no one has even “batted an eye” at him. He’s now learning that his story can be a powerful tool for himself and others.

“When you hear that Highline is all inclusive, that’s exactly what that means — all inclusive,” Lytle said, noting that he no longer feels like “inmate #387160.”

Apart from the Highline community accepting him, the college has also caused him to look inward.

“Highline has had such a profound impact on my life,” he said. “I have found things within myself that I had no idea existed.”

Lytle said he’s learned that everyone has their own journey in life and that everyone is capable of helping each other. He tries to live by the acronym HOPE (Help Other People Every day).

“It’s about setting your ego aside, sticking out your hand and helping someone — anyone — who needs it, not just on campus, anywhere,” Lytle said. “Life is a gift and way too precious to be ego and self-will driven.”

Last year, as a way to help others, Lytle and another student started the Justice Scholars Society for Change. The new club at Highline has goals to help formerly incarcerated people return to school and reduce recidivism. Lytle currently serves as the vice president.

The Washington native said his motivation to stay in college stems from the joy he receives from school and challenging himself. His inner drive pushes him with questions such as, “How bad do you want this?” and “How much do you really love what you do?”

“Even classes that I wasn’t so enthusiastic about, I came to an understanding that without embracing and at least trying to love that class, it would be very difficult to do well,” he said. “If you really want something and work for it, you will get it. If you don’t (work for it), you won’t. You really can do anything you put your mind to.”

In addition to discovering his own will and drive to succeed, Lytle said there are two Highline College faculty and staff members who have impacted his life greatly.

The first time Lytle met Diana Boyd, a visual communications instructor and adviser, he said he told her his story, and she looked at his portfolio and told him, “You have skills and a good plan.”

“She didn’t flinch one bit at my story and I immediately felt a comfort level that has stayed within me,” Lytle said. “She has always pushed me more and more every quarter, every assignment, not allowing me to just ‘settle’ for which, in turn, showed me just that.”

Lytle said Weber has been so good to him, allowing him to make mistakes and teaching him how to find errors before they are made.

As Lytle finishes up his last year on campus during the 2018–¬¬19 school year, he’ll surely reflect on where he’s going and how far he’s come.

“No matter where you come from, no matter what background you have, we are all here to strive to be better people,” he said. “Don’t ever, ever, ever give up. Do your best. Surround yourself with like-minded winners and leave the rest in your rearview mirror and good things will happen.”