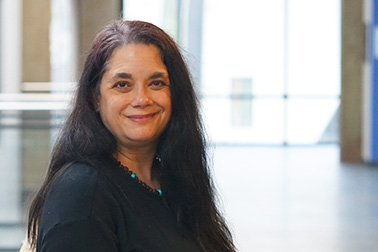 After three failed attempts at college throughout her life, Jenna Wiebe, 49, can finally say she’s a college graduate.

The mother of three pursued her education at Highline College for six years while working two jobs before finally graduating with her Bachelor of Applied Science in Early Childhood Education.

From ages 19-22, Wiebe attended two colleges in California before first coming to Highline College in the mid-90s. But she wasn’t able to finish her bachelor’s degree at that time because of “money and math.”

“My mother and grandmother did not go to college,” Wiebe said. “My grandmother got a high school diploma and my mother had a GED.”

The Federal Way resident had earned her Child Care Basics certification, homeschooled her children for 13 years, and was working at a church preschool when she received an email from the Department of Early Learning, encouraging providers to enhance their qualifications with an associate degree. Upon learning she was eligible for Workforce grants, Wiebe re-enrolled at Highline in 2016 and earned her Associate of Applied Science in Early Childhood Education before working on her bachelor’s degree.

What was the difference this go around? She learned to ask for help.

“If you are struggling academically, reach out to your professor,” Wiebe said. “If you’re willing to put in the extra work, they’re probably willing to meet you there and help you succeed.”

This time, when Wiebe struggled with math, she went to instructor Aaron Warnock.

“I struggled mightily with math all my life and algebra was the reason for one of my failed attempts at college,” she said. “If Mr. Warnock had not given me the weekly tutoring and extra chances to take mastery tests, I would not have passed pre-college algebra and gotten even my AAS.”

Choosing to get her degree at Highline College also proved fruitful not only because its tuition and fees are lower than that of a university, but also because Wiebe received funding from the college’s Workforce Education Services (WES) –– a financial assistance program designed to support students enrolled in an approved professional-technical pathway, among other benefits.

Nonetheless, Wiebe applied for and won two scholarships, the Achievement Scholarship and a Highline College Foundation scholarship, to aid in her plans to graduate debt free.

In earning her early childhood teaching degree, Wiebe advanced her current role as a preschool teacher but says the most important way Highline College has impacted her future is that she has become a better teacher through her classes.

“I hope to keep a learning mindset and get better at it as long as I’m able to teach,” she said.