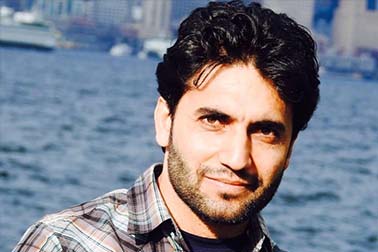 In search of a better future, Muhammad Nadir Danish immigrated to the United States from Afghanistan in 2013. He had been working as a legal advisor for the U.S. Army and a political advisor for the U.S. Embassy in Kabul when he and his family faced serious threats from insurgents against the Afghan government.

Due to those threats, the U.S. granted him a special immigration visa before things got worse. The father of four landed in Kent where he got a job and enrolled in Highline College in 2015.

Not long after, Danish earned his associate degree in business technology management in 2018.

“In the beginning of my education career, I decided no matter how bad a situation will come, I will never give up and [I will] overcome to get my BAS,” Danish said. “I believe each struggle you face in your life makes you stronger, physically and mentally.”

Danish said, in addition to being a father, he had to work full time, study and do it all with financial hardship and little sleep, but his dreams kept him going.

Now, he’s well on his way to achieving his goal and plans to graduate in spring 2022 with his bachelor’s degree in Global Trade and Logistics.

“Highline College is one of the best colleges in Washington,” Danish said, noting the college’s student diversity and helpful instructors. “That is the main reason that I chose Highline College for education and obtaining my AAS and BAS degree.”

But Danish isn’t done with college yet. He plans to earn his master’s degree from the University of Washington before building a career in the business field, running his own business and creating a platform for the new generation to make a living through new job opportunities.

Learn more about our BAS in Global Trade and Logistics