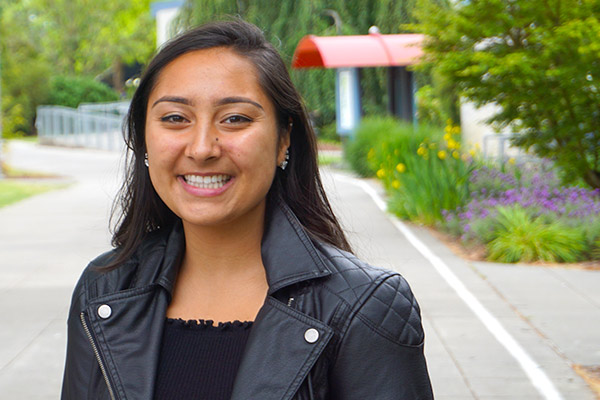 Leader on and off the court

She says Highline College chose her.

“I was attending Green River College and coach Laura Rosa found me and asked if I wanted to attend Highline to play tennis,” Andreotti recalled. “Of course, I said ‘yes’ and from that day on, Highline has changed my life in the most beautiful way.”

In Andreotti’s first year (2016-17) at Highline, she was dubbed the No. 1 doubles champion and No. 4 singles champion the same year she helped her team place second in the Northwest Athletic Conference (NWAC) Tennis Championships.

In the 2017-18 school year, her second year, the Auburn resident took second place in both the No. 1 doubles and No. 2 singles. And, again, her team won second place in the regional championships. On top of it all, she was named NWAC Player of the Week.

However, what’s more impressive is, during her athletic achievements, Andreotti has worked hard to consistently achieve high GPAs at both Highline College (3.98 GPA) and Central Washington University – Des Moines (3.85 GPA) as a dually enrolled student. She is currently pursuing the early childhood and elementary education double major at CWU while taking classes at Highline College so she can play tennis. After completing her bachelor’s degree next year, Andreotti hopes to become an elementary school teacher.

“I’m pursuing this career because I love children and want to make a difference in the lives of future generations,” she said, noting that she volunteers in elementary schools to help prepare herself.

Andreotti’s accomplishments on and off the tennis court are likely what led to her winning the NWAC Women’s Sports Foundation Scholarship Award for $1,000 this past May at the 31st annual Hall of Fame banquet in Pasco, Washington.

Students from approximately 40 schools in the athletic conference competed for the prestigious scholarship, which required applicants write about their interests and goals for the future in addition to having a minimum 2.5 GPA, completing two years of eligibility in a NWAC sport, obtaining two letters of recommendation and including an application letter with a list of academic awards. 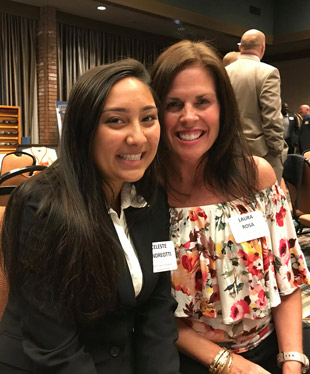 Although Andreotti plans to finish taking classes at Highline College at the end of spring quarter and take a break from tennis to work on her degree, she won’t forget the teachers and coaches that made an impact in her life.

“None of this could have happened without the help of my coach Laura Rosa,” she said. “I want her to know that all of the hours and time she puts into helping everyone doesn’t go unnoticed. She is truly one of the biggest blessings in my life, the most selfless person I have ever met and someone I can always look up to.”

Rosa is Highline College’s assistant athletic director in addition to being the head women’s tennis coach and athletics academic advisor. She has worked for the college for 10 years.

Andreotti said she hopes to possess the same characteristics as Rosa when she becomes a teacher so she can “make differences in children’s lives the way coach Laura Rosa has made such a huge difference in mine.”