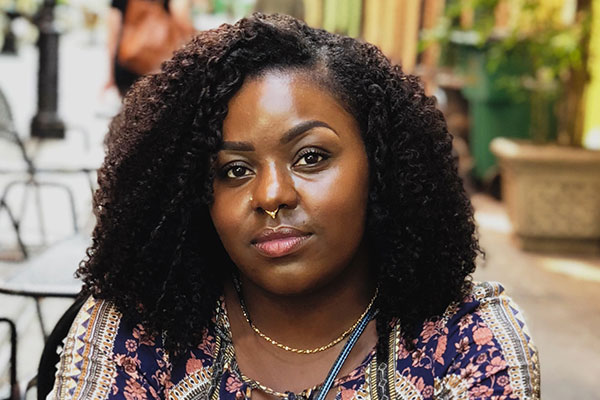 In the four years after graduating high school, Chalisa Thompson said it was rough getting caught up in the work cycle.

The 24-year-old described those years as “just working to live and living to work.”

Thompson always wanted to return to school but found it hard to find the time between her two jobs. During the day, she worked at an after-school program that helped at-risk youth. At night, she juggled a graveyard shift working in security.

“I pretty much wasn’t sleeping,” the Seattle resident recalled. “I wasn’t living, I was just working. I’d wake up probably noonish. It was such a struggle.”

Just when Thompson was growing tired –– physically and mentally –– of her predicament, a co-worker of hers had simultaneously been talking about a program he was in at Highline College. That program was the Umoja Black Scholars Program, a resource group dedicated to enhancing the cultural and educational experiences of African-American students.

“He’d talk about all these things that I was so interested in but never had the opportunity to learn,” Thompson said, explaining the school districts she attended in Philadelphia and Wyoming hadn’t taught her much about race. “So after hearing all this stuff and being out of school for so long, I was like, ‘you know what? I wanna go back to school.’”

Thompson went on to join Umoja after enrolling at Highline College in 2016. During her time in the program, she said she found her community, and was helped in more ways than just educational.

“We even went through the death of my brother,” Thompson said. “At that point, I would have just dropped out. But, no, there were people in my class that donated to bury my brother. It was so family-centered and that kept me going.”

Although Thompson graduated out of the Umoja program, she still stays in contact with her Umoja community today. She also attributes getting involved at Highline to finding her confidence to run for student body vice president, which she won, in 2018.

Despite having imposter syndrome as she ran for the position, she said she realized the power of her voice. She realized her story could inspire other students.

“I would say I wouldn’t have considered myself as a leader until I got here,” she said. “Highline, specifically Center for Leadership and Service, also really showed me how important it is to take care of myself through the process of taking care of other people.”

Thompson said that was a valuable skill to learn for her future, as she plans to go into social work after getting her bachelor’s degree from either Seattle University or the University of Washington.

“I know I want to be a resource in support of my community, whatever that looks like,” she said, adding she’d like to be a trauma therapist and possibly own her own business.

Thompson also has hopes to help low-income communities with financial help, mental health and finding their communities. She explains disenfranchised communities often sacrifice mental health because they can’t afford therapy, but that it can often turn into a negative cycle.

“Why is it that we’re forced to ignore taking care of ourselves just so we can pay our bills, have our lights on and have a roof over our head?” she asked.

Thompson recognizes she still has more schooling to go before she can help in the way she’d like. But she’s grateful for the instructors who helped get her to where she is today.

“There’s this whole stigma around community college but I’ve had, by far, the best teachers I’ve ever had,” she said. “I didn’t even know teachers this good existed.”

Thompson expects to graduate Highline College in spring 2019 with her associate degree.