Below are selected regional and national awards received in recent years at Highline College.

Trustee Leadership: 2017
Highline College trustee Dan Altmayer received the 2017 Trustee Leadership Award from the Association of Community College Trustees, the highest honor given. The annual award recognizes exceptional contributions and service among trustees at more than 1,100 two-year postsecondary institutions. Among Altmayer’s many contributions is the work he has done on behalf of education and support for veterans. As a veteran of the U.S. Army, Altmayer knows firsthand what it is like to return to civilian life and the importance of support programs to help veterans make the transition.

Exemplary CEO/Board: 2016
Highline College received a prestigious Award of Excellence from the American Association of Community Colleges for the second time in three years. Highline was one of only seven colleges in the nation awarded at the association’s 2016 annual convention in Chicago. The award recognized President Jack Bermingham and the college’s five-member Board of Trustees for their exemplary collaboration and working relationship. Highline was chosen in part because the CEO/board teamwork and actions reveal their shared vision, mission and goals for the college.

Advancing Diversity: 2014
Highline College received its first Award of Excellence from the American Association of Community Colleges in 2014 for increasing diversity and social equity on campus. Highline was one of six colleges in the nation earning recognition at the association’s annual convention in Washington, D.C. Highline won in the Advancing Diversity category. The national awards recognize innovation and promising practices that boost student achievement and help meet America’s economic and workforce needs. Learn more about Highline’s commitment to diversity.

Pacific Region: 2016
After receiving the 2016 Equity Award from the Washington State Association of College Trustees (ACT) earlier in the year, Highline College went on to win the 2016 Equity Award for the Pacific Region from the Association of Community College Trustees (ACCT), the national version of ACT. The award recognized the college’s Board of Trustees and President Jack Bermingham for their commitment to achieving equity in the development, administration and delivery of educational programs and services. Highline’s board members serve five-year terms and can be reappointed once. The board is composed of community members from the area Highline serves.

2013–2016
For the fourth consecutive year, Highline received the Higher Education Excellence in Diversity (HEED) Award, a national honor recognizing U.S. colleges and universities that demonstrate an outstanding commitment to diversity and inclusion. Highline was one of only two institutions in Washington — and one of only nine community colleges nationwide — to receive the 2016 award. The award is given annually by Insight into Diversity magazine, the largest and oldest diversity magazine and website in higher education. Learn more about Highline’s commitment to diversity. 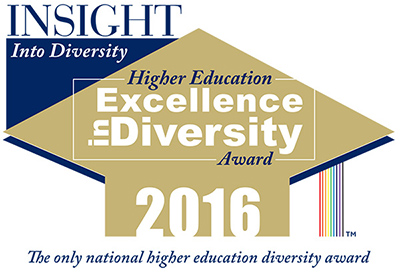 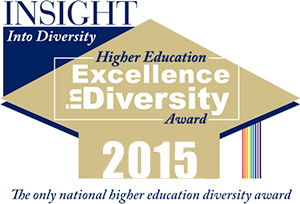 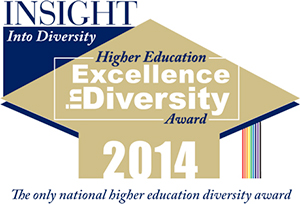 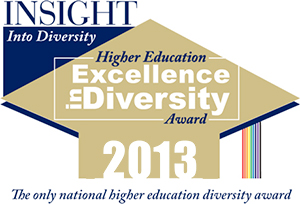 2013
Highline College earned national recognition as one of the top 50 community colleges in the nation from the Washington Monthly, a D.C.‐based magazine. The publication’s 2013 rankings of America’s best community colleges are based on two sources of information: the Community College Survey of Student Engagement (CCSSE) and U.S. Department of Education’s measurements of student retention and completion.

Highline College earned national recognition as one of the top 100 associate degree producers in 2013 from Community College Week. Highline was recognized in two categories with a rank of 53 in the Top 100 Associate Degree Producers for Asian American Students and a rank of 29 in the Top 100 One‐Year Certificate Producers for African American Students. Community College Week used data provided by the U.S. Dept. of Education for these rankings.

Great Colleges to Work For

The Chronicle of Higher Education, a top news source for colleges and universities, named Highline College as one of the nation’s “Great Colleges to Work For.” Highline is among 86 institutions honored by The Chronicle for 2015 and is one of only three colleges in Washington state recognized this year. Highline is also the only two-year school in the Pacific Northwest to be honored, and one of only four schools nationwide to be recognized in the diversity category. In addition to the diversity category, Highline was recognized for excellence in teaching environment and confidence in senior leadership.