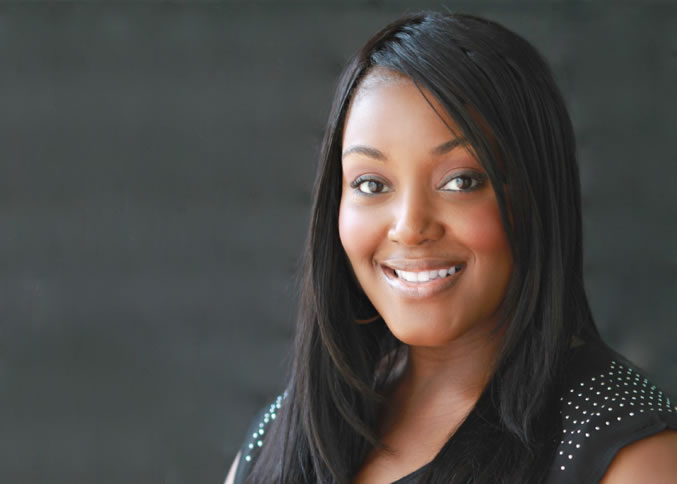 “Going back to school changed my life,” said Denise Johnson, who started her higher education journey at Highline College in 2010.

Johnson was working on the management team at a high-end nail salon located in Sea-Tac International Airport when she was recruited for a program called Airport University. Highline College partners with Port Jobs to deliver on-site credit-bearing classes at the airport through Port Jobs’ Airport University, providing workers a convenient way to build skills and earn college credits toward certificates and degrees.

As a single mother, Johnson had the desire to pursue higher education to make a better life for herself and young daughter, but did not have the money to afford tuition. Thanks to a scholarship through Port Jobs — which is a nonprofit committed to preparing workers for the Port of Seattle economy — she was able to take two classes, Keyboarding and Managing Customer Service.

“I was so thankful for the funding I told them in return I would give them a 4.0 GPA,” she said.

Prompted by her successful start in college and inspired by one of her Highline instructors, Johnson wanted to continue her education, but again, was concerned about how to afford it. The instructor worked with her on an educational plan and advised her that she could apply for Workforce Education Services (WES) funding while waiting to receive financial aid.

With the help of other WFSN center staff, Johnson applied for and received financial assistance through the Basic Food Employment and Training (BFET) program and the Opportunity Grants program. The funding allowed her to keep her momentum in college.

Through these bundled supports, Highline is able to help people like Denise Johnson stay in college in order to achieve their career goals. Johnson enrolled in 19 credits on Highline’s campus while working two jobs and caring for her child.

“I again made my promise of keeping a 4.0 GPA and even made the honor roll,” she said. “Port Jobs offered me an internship that led into a full-time position in the company and I no longer had to work multiple jobs to provide for my daughter.”

As time went on, her job responsibilities grew, making it difficult for her to juggle the competing needs of her work and school schedules. She said her schedule “became overwhelming because I could no longer make it to campus to take classes offered during the day.”

Her motivation for learning never stopped. She continued taking classes at the airport to keep learning and building skills. She eventually completed a certificate in Business Information Technology, but was eager to earn her two-year degree. With ongoing encouragement of the instructor who inspired her during her first quarter at Airport University, she continued working toward her degree goal. The two worked on another educational plan to help Johnson map out how she could earn her degree. Tragically, that instructor recently passed away.

“After her unexpected passing, a fire in me was ignited to finish my degree,” she said. She added that because of inspiring instructors and people at Port Jobs and WES who believed in her, “I am now in the final stretch of completing my degree.”

For her final quarters in 2015, she again worked with WFSN staff to bundle funding sources to fit her needs, which came in the form of scholarships from the Highline College Foundation and Port Jobs.

“I do not take my education for granted because I was told I would never see college because I was a teen mother. Highline College has changed my life,” she said.

During the summer of 2015, Johnson completed 20 credits to finish up an associate of applied science degree in Hospitality and Tourism Management with a cumulative GPA of 3.8. Her accomplishments were even more impressive given the fact that she was still working and now the mother of two—her son was born in December 2014. Along the way, she also earned certificates in Customer Service, Event Planning Management and Technical Skills.

What is in store next for Johnson? She has been accepted into South Seattle College’s bachelor’s degree program in Hospitality Management as well as the Art Institute of Seattle, where she would pursue a bachelor’s degree in Fashion Marketing Management. She has choices.

She thanks those at Highline for “helping me on my journey to finding the best version of me and continuing my education.”