3 at Highline Recognized for Contributions and Excellence

3 at Highline Recognized for Contributions and Excellence

Fawzi Belal received the Career Partner Award from Highline Public Schools, recognizing his commitment to and impact on students.

Originally from Algeria and now a resident of SeaTac, Belal has worked at Highline College since 2014 as coordinator of the college’s Sports Outreach program. 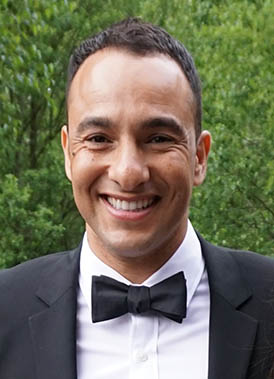 Through his work, Belal visits local high schools, including Tyee and Evergreen, where he has “made a huge impact in creating access to college and preparing students for career and citizenship,” according to the school district’s Secondary Success and College Readiness Team.

Belal, who is fluent in Arabic and French, also organized and oversees Arabic classes at Tyee High School, giving students the chance to earn high school and college credits.

A graduate of Mt. Rainier High School, Belal first came to Highline in 1999 where he played soccer and earned an associate degree. He continued his studies while playing soccer at the University of Mobile until he was selected by the Seattle Sounders during his senior year. After his professional career (2003–2008), Belal continued with the organization as a coach. He is currently working on his bachelor’s degree through American Public University.

Sue Frantz earned the prestigious Charles L. Brewer Distinguished Teaching of Psychology Award from the American Psychological Foundation, a national award recognizing significant career contributions of a psychologist who has a proven track record as an exceptional teacher of psychology. 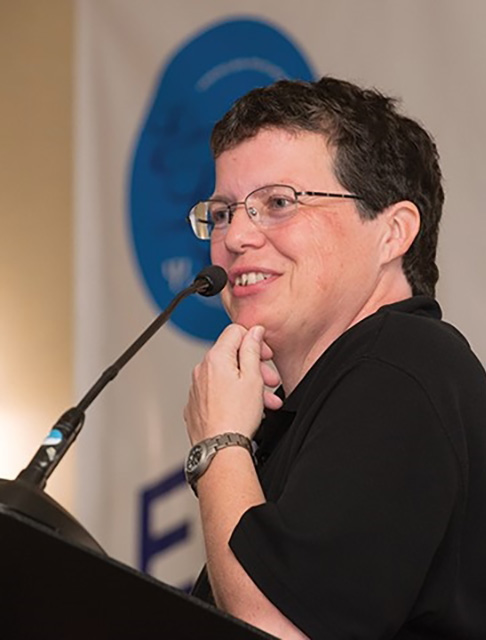 She was presented with the award August 6 at the American Psychological Association’s 124th Annual Convention in Denver. Along with a plaque, she received a $2,000 award and a $1,000 travel stipend and round-trip airfare to the APA convention. At the convention, she gave a special address, “This Old Course: Psych 101 for a New Era.”

“Sue is the most creative and pioneering psychology educator I have ever met,” said Nadine J. Kaslow, Ph.D., in her letter supporting Frantz’s nomination. Kaslow is a professor, Vice Chair for Faculty Development and Chief Psychologist at Emory University School of Medicine. She is also Past-President of the American Psychological Association.

Kaslow continued, “In Fall 2015, APA’s Membership Board made a rare and possibly unprecedented exception to afford her full membership in the organization, which can only be bestowed on masters-prepared psychologists whose contributions are far-reaching and invaluable.”

In another letter of support, Bernard Beins, Ph.D., said, “Professor Frantz merits receipt of the award because…she represents a group of psychology teachers who have heretofore gone unrecognized—she teaches at a community college, the class of institution that provides the initiation to higher education for half of college students today.” 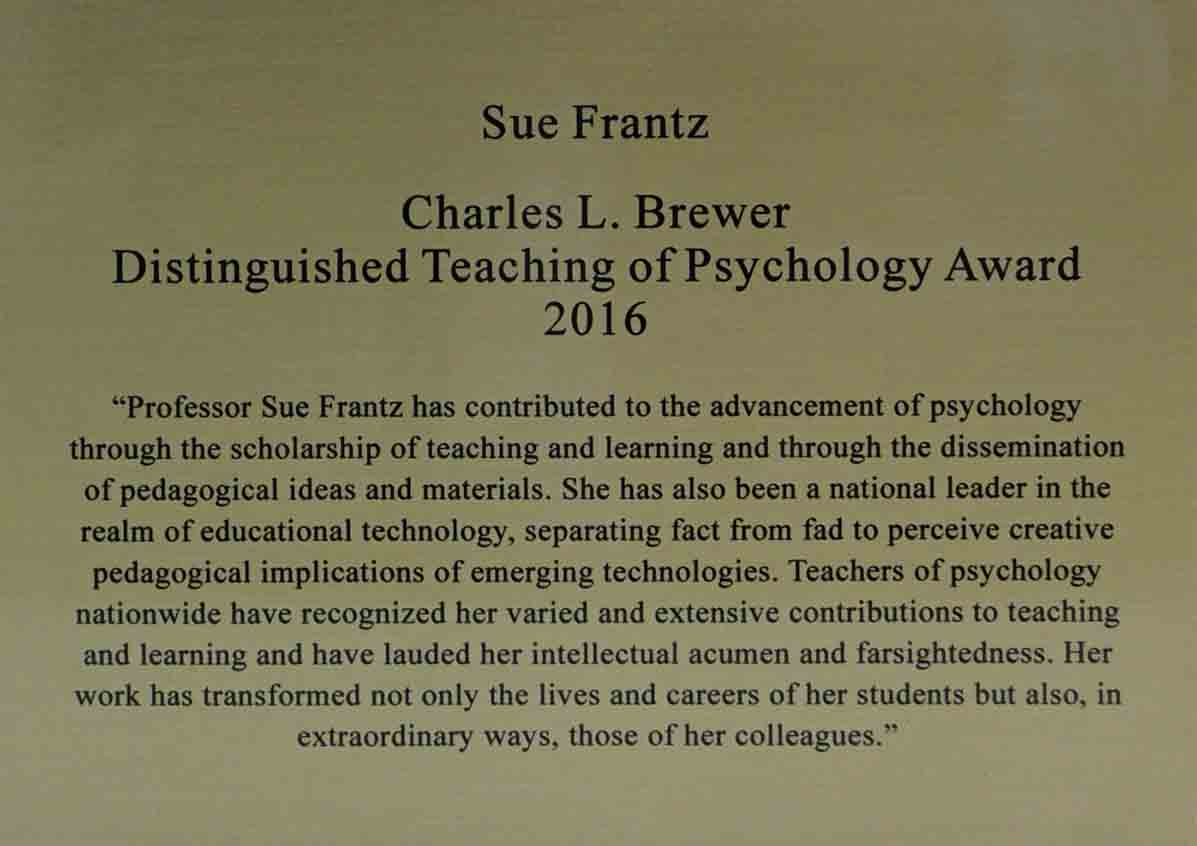 The plaque on Sue Frantz’s 2016 award for distinguished teaching from the American Psychological Foundation notes that “Her work has transformed not only the lives and careers of her students but also, in extraordinary ways, those of her colleagues.” Frantz has taught psychology at Highline College since 2001.

Frantz is believed to be the only recipient from a community college to receive the award since its inception in 1970.

A resident of Renton, Frantz has taught psychology at Highline since 2001, earning tenure in 2004. Her teaching career began in 1989 as a graduate student at the University of Kansas.

At Highline, she also serves as Faculty in Residence for Technology, an appointment she has held since 2011. She is known for her command of technology and ability to integrate technology into teaching and learning in meaningful, innovative ways. Colleagues across the country benefit from her website, Technology for Academics.

She has received several awards for excellence in teaching, scholarship and service to the profession.

Dr. Jeff Wagnitz, of Olympia, earned the Award of Excellence in Leadership from the CTC Leadership Development Association (CTCLDA), recognizing his significant contributions to education and the community. A statewide professional development organization of Washington’s community and technical colleges, the CTCLDA presented the annual award during its summer conference in Spokane on August 11.

An award of $1,000 was presented in his name to be used for exempt professional development at Highline College.

Since 2000, Wagnitz has been an administrator at Highline College, now serving as Vice President for Academic Affairs. His career in higher education began in 1981 as an instructor at Big Bend Community College in Moses Lake. He has also taught and held administrative posts at Grays Harbor College in Aberdeen.

“His leadership and guidance in the development of programming for general college courses and workforce programs in White Center and Federal Way has provided educational opportunities for many who never considered it an option,” said a Highline College colleague in nominating him for the award. “Strategies and ways to remove institutional barriers that impede student success are of great importance to him.”

Since 1990, Wagnitz has served as an accreditation evaluator for the regional accrediting body of higher education institutions, the Northwest Commission on Colleges and Universities. He has also served in leadership positions and as a member of a number of other education-related commissions and organizations.

Wagnitz recently completed a doctorate in educational leadership from the University of Washington Tacoma.

Read about other Highline faculty and staff award winners from earlier this year.