Norm Rice and Ann Rule are two names not usually linked, but the former mayor of Seattle and the true crime author share a common tie: both are past recipients of the Highline College Distinguished Alumnus Award.

The annual award honors former Highline students who have made notable achievements in their profession or community. Thirty in all have received the award.

Last year’s recipient was Ed Ramos, a 1995 graduate who is now a CPA, working to recruit, retain and advance underrepresented minorities in his profession. 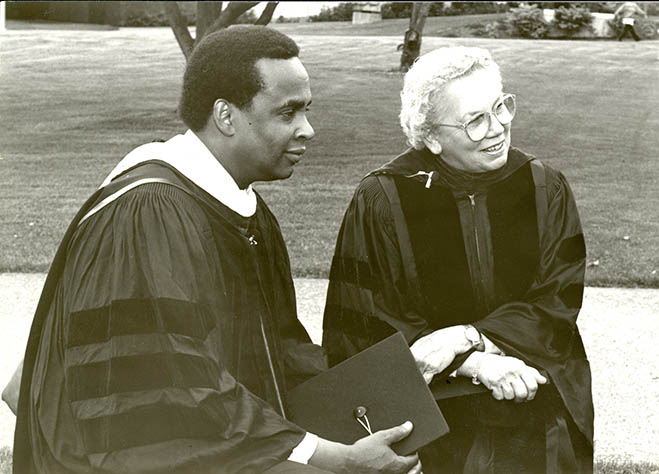 Eligible nominees are former students who attended Highline five or more years ago (prior to the 2014–15 academic year).

The college is looking for nominees who have made a significant contribution through community service, noteworthy professional achievement and/or recognized leadership.

Nominees will be asked to submit a résumé and personal profile questionnaire for review by a campus selection committee. The person selected will be recognized at Highline’s commencement, June 13, 2019.

Nomination forms are available online through Alumni Relations. Send submissions by April 26, 2019, via email to twilliam@highline.edu or hard copy: