While growing up, Ekkarath “Ekk” Sisavatdy learned the value of welcoming guests into the home. They may arrive as strangers, but are quickly made to feel like extended family.

“My parents taught all of their children not to talk to guests at the door, even if the person they were looking for wasn’t there,” says Sisavatdy, who is one of eight children and originally from Laos. “Instead, we were to invite them in, have them sit, offer them a glass of water, talk to them and then offer to write down a message. These are important moments that are in me.”

The value of such hospitality is in the community it fosters, creating a sense of belonging.

“There’s much to be learned from that value,” he says.

On a much larger scale, Sisavatdy looks to extend this same warm welcome at Highline College, beginning with inviting high school and college students to campus for two major summits as part of the college’s new AANAPISI program. As director of AANAPISI — short for Asian American and Native American Pacific Islander–Serving Institution — Sisavatdy is in the early stages of creating a program he hopes will bring people together.

Hosting the summits serves another important function according to Sisavatdy, which is to establish meaningful partnerships with community-based organizations.

“I don’t think we can be successful in retaining our students if we don’t understand the communities from which they come. Their success starts with the community, it starts with the family,” he says. “When we’re dealing with a community that is family-centered, we’re not just bringing in that child, we’re bringing in that whole community, that family. I think it’s important for us to approach it in that light.”

Sisavatdy adds that community-based organizations are vital to their communities. Highline can add value to what they are already doing by bringing educational resources. The new AANAPISI program, funded by a five-year, $1.5 million federal grant, offers a significant opportunity to those who may not have thought college an option.

“We can support the needs of the family and their vision for what education really means,” he says.

“Our orientation programs are incredibly important, especially for those who are the first in their family to attend college, what we call first-generation students,” he says. “They are another way we can provide a sense of belonging. We want students to come away thinking, I’m welcome here.”

AANAPISI students will participate as a cohort in the first-year experience, a series of three courses designed to make sure they get a solid start in college.

They will also participate in weekly study hall.

“We will stress the importance of putting in the time and creating good study habits. It will be a big piece of their success. But we’ll make it fun, too, and provide snacks.”

Sisavatdy knows the importance of interpersonal relationships to college success, especially to first-generation students who don’t have mentors or family members who have gone to college.

One strategy that has been successful in other campus programs is using peer mentors, who work part-time on campus as part of the Student Ambassador program.

What’s in a Name?

The U.S. Department of Education designated Highline as an AANAPISI — short for Asian American and Native American Pacific Islander–Serving Institution — because at least 10 percent of the college’s students are from those ethnic groups. Highline is one of only 11 higher education institutions in the nation with the designation. The college serves the most diverse community in the state, which is mirrored in its student population that includes approximately 70 percent students of color, more than 20 percent of whom self-identify as Asian-American or Pacific Islander.
A junior at Mt. Rainer High School, Alexis Kongmanivong will begin Highline in fall 2016 with the goal of earning an associate degree and fulfilling her high school requirements as a Running Start student.

As a high school sophomore, Kongmanivong had mentored incoming freshmen and enjoyed the experience. She quickly joined the AANAPISI program as its first Student Ambassador.

“I felt like this was another good way for me to practice my leadership skills and mentoring others,” says Kongmanivong, who connects with her heritage by performing in a local Lao traditional dance group.

She is eager to help recruit students for the AANAPISI program, knowing the benefits of such an opportunity.

Through the program “you can learn from others and you can help others. It’s a win-win,” she says. “It’s also a really good way to stay focused in school with study sessions and having people there to help you.”

Nestor Tupufia Enguerra, Jr., who is the program’s retention specialist and advisor, echoes Kongmanivong’s take on the importance of staying focused.

The state of Washington is home to some 770,000 Asian-Americans and Pacific Islanders (AAPIs). King County has 16 percent of the state’s AAPI population, which is approximately 322,260 people.
“One of the goals of the AANAPISI program is to make sure students get in good habits to succeed in school because that’s not something a lot of first-generation students know,” he says. “Often they don’t have anyone giving advice on how to study, how to do the reading.”

Enguerra adds that AANAPISI is designed to support the whole person, not just the academic side of being a student.

“We want to help them find a way to bridge their culture and school together. A lot of students feel that their culture isn’t necessary in school. But in the AANAPISI program, we are here to show them that these things can coexist and benefit each other.”

Born and raised in American Samoa, Enguerra came to Tukwila to live with his aunt and uncle to attend high school, looking for a better education.

“I ended up doing really well at Foster High School and went on to graduate from the University of Washington,” he says, thankful to be working with the AAPI communities in an academic setting.

His own experience as a transplanted Samoan gives him insight into how one’s culture can be an asset.

“I used my cultural heritage to help me get into school and into my master’s program,” says Enguerra, who is working on his master’s in education with a focus in curriculum and instruction for multicultural education at the UW. “A lot of people don’t realize they have a lot of cultural knowledge that no one else knows or very few people know. So when you bring it up in a school setting, people will appreciate it and learn from it and then you can integrate it into your future workplace.”

The importance of each student’s cultural heritage circles back to the two upcoming summits, both of which will stress culture as an asset. Enguerra notes that one of the themes of the Uprise Summit is a Samoan proverb, “E fofo le alamea le alamea,” which means “The spiny starfish is its own remedy.”

Enguerra explains: “The moral of the proverb is that our community members are the only ones who can fix our communities. One of our main messages is that the best people to serve our people is our people. I feel like it’s the same thing with the Unite summit.” 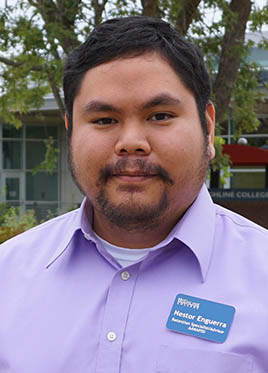 Born in American Samoa, Enguerra came to Tukwila to begin high school. He graduated from Foster High School where he was the valedictorian for his class. He earned his bachelor’s degree at the University of Washington and is currently working on his master’s in education with a focus in curriculum and instruction for multicultural education.

For more than 10 years, Enguerra has worked with low-income, first-generation and underrepresented students and has taught classes in areas such as American Ethnic Studies. He is heavily involved in the Pacific Islander communities in Seattle and throughout King County and has even performed for the Highline Luau during his undergraduate years. Passionate about Pacific Islander studies, he hopes to one day earn a Ph.D. and contribute to the knowledge of Pacific Islanders in education. 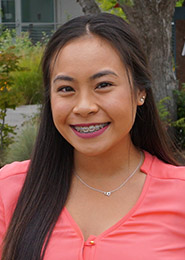 A resident of Des Moines, Kongmanivong is pursuing her associate degree at Highline as a Running Start student from Mt. Rainier High School, where she is a junior and captain of the tennis team. At Highline, she is the first Student Ambassador for the AANAPISI program.

Away from school, she participates in the Young Executives of Color program through the UW’s Foster School of Business, the Nordstrom Fashion Ambassadors program and in a group that performs Lao traditional dancing.

Her goal is to transfer to University of Washington and attend the Foster School of Business, and likely headed toward a career related to business and fashion. 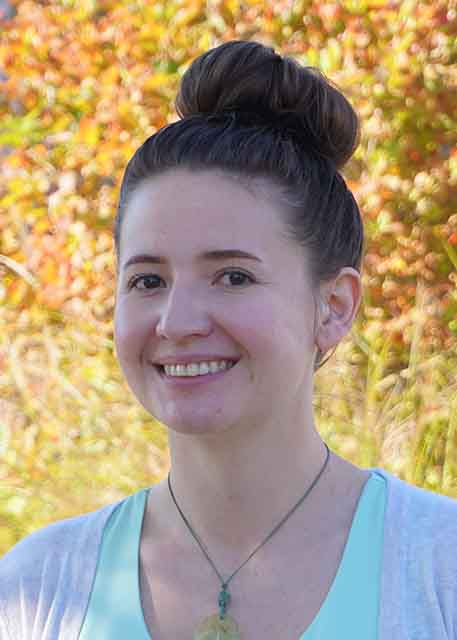 “I really wanted to work at a community college because that’s where I feel a huge amount of impact can be made, especially in my community,” she says, adding that she plans on attending graduate school with the goal of teaching at the college.

“After working with the AANAPISI team and seeing what this grant and support network will create, I knew I wanted to stay involved. I love what this program is going to do for our students here at Highline.” 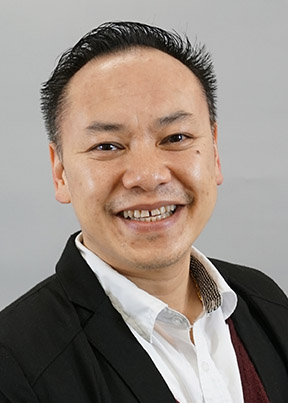 Earlier this year, The Chronicle of Higher Education profiled Sisavatdy, focusing on his efforts to dispel the model-minority myth, which suggests that all Asian-Americans succeed academically, a dangerous stereotype that hides the achievement gaps of the many underrepresented groups in the AAPI communities (“A Nearly Forgotten Need,” March 20, 2016).

One effort in the new AANAPISI program will be to disaggregate the ethnic data of students entering Highline to reflect the different cultural groups more accurately.

You can also read more about Sisavatdy in the article announcing his selection to lead the AANAPISI program, “Director Hired for New Highline College Program.” 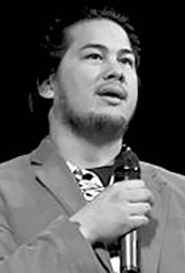 Born in the village of Aniguak, Guam, and raised in Tacoma, Washington, Tuncap is a program manager at Highline, working part-time with the AANAPISI program. As part of his work, Tuncap assists in developing curriculum and instructional programming for students.

Tuncap has taught courses at Northwest Indian College, South Puget Sound Community College and the Evergreen State College, and served as Director, Office of Diversity, Equity and Inclusion, at Green River College. He is the founder of the Pacific Islander Studies Institute, a native research group working to implement PI curriculum in K–12 and higher education in the state of Washington.

He completed a bachelor’s degree in communications and American ethnic studies at the University of Washington and a master’s degree in ethnic studies at U.C. Berkeley, where he also undertook work on a Ph.D., focusing his dissertation on the nuclear diaspora in Micronesia. He has extensive connections in the local Pacific Islander community.

“The Uprise Summit focuses on the Pacific Islander communities in King County, with a concentrated effort towards Samoan, Tongan and Marshal Islanders,” says Tuncap. “The Uprise group has been meeting for over a year and is led by Lina Thompson, a renowned world vision ambassador in the region and a local pastor in Tukwila. The summit was born from the grassroots community and youth.”

“The population growth is one of the reasons AANAPISI brings great opportunities for our college community,” he says.