From its humble beginnings at a high school campus in 1961 to an expanding presence in the community on top of an 80-acre college campus in 2021, Highline College has seen its fair share of change in the last 60 years.

Its first 385 students have now grown to more than 350,000 alumni. Highline, its students, and its alumni added $600-million-plus in income to the King County economy during fiscal year 2014-15, the most recent year studied. 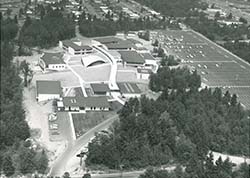 And the college has undergone a transformation in almost every aspect. The educational programs and careers students pursue have evolved in addition to the types of degrees Highline offers, which include more than 120 different certificates, associate and Bachelor of Applied Science degrees. Then, of course, there’s the advanced technology the college has adapted to meet students where they’re at in their educational goals, both online and in person.

To celebrate this 60-year transformation, Highline College will kick off its 60th anniversary with a series of events throughout the upcoming 2021-22 academic year, which begins this September.

“A lot has changed since the 1960s, including Highline College,” said Dr. John Mosby, president of Highline College. “But as we celebrate today and look to the future, I know one part of Highline will never change, and that’s its commitment to serving our incredible students.” 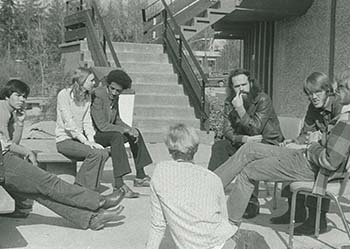 While that commitment has been steadfast and will continue to hold true in the future, the college’s changing student demographic is actually what has helped form Highline College into what it is today –– the most diverse college in Washington state with a strong commitment to social justice.

Dating back to its beginnings, founding faculty were instrumental in leading the college’s pathway toward its foundational values. In the 1990s, those values became a tangible plan, which included an initiative that the college would create a climate that values diversity and enhances global perspectives.

Highline’s equity and diversity awards in recent years only scratch the surface in recognizing the work that’s been done behind the scenes and continues to be worked on. From its upcoming Equity First strategic planning to daily classroom teachings, diversity, equity and inclusion continue to be at the core of what makes Highline Highline.

“As the most diverse college in the state, Highline College embodies what community and technical colleges stand for, equity and opportunity for all Washingtonians,” said Jan Yoshiwara, executive director of Washington State Board for Community and Technical Colleges.

Looking forward, Highline College will celebrate its expansion into the City of Federal Way with the opening of The Hub: Federal Way Higher Education Center, located at 1615 S. 325th St., in September, and welcomes the positive changes that will come with the construction of Sound Transit’s Federal Way Link Extension, which will be open for service in 2024. The light rail project will increase access to Highline’s campus by adding an affordable transportation option via link light rail for students living as far north as Seattle and as far south as The Hub’s location in Federal Way. It will also increase educational opportunities by providing direct access to the University of Washington for Highline graduates who live in the South King County region.