Sometimes, if you identify as a woman, it’s even harder.

That’s why the planning committee for the sixth annual Y.E.L.L. Female Summit chose the theme “Embracing Our Power” with the hashtag #HerStoryHerTruth.

“We recognize that sometimes it’s not easy to step into power, and that sometimes there are consequences for women, particularly women of color, when they do,” Mariela Barriga, a Y.E.L.L. planning committee member said. “They might be labeled as aggressive, bossy or difficult or even awkward, but we want to reframe.” 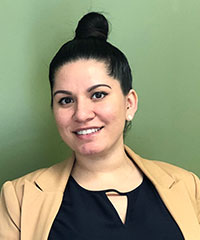 Instead women being perceived as “aggressive,” they’re encouraging young women to see this trait as “assertive.” Instead of “bossy,” they’re “leaders.” Being “difficult” turns into “telling the truth” and “awkward” becomes “taking up space and asking questions.”

Barriga acknowledged that puberty is an especially difficult time for young ladies and that extra reinforcement can help build their confidence.

“It’s pretty clear when girls are young, they’re told how cute they are or how nice their hair is,” she said. “People aren’t always making comments about their abilities or their skills. And, so, the older they get, it’s even more important to drill that in.”

Barriga said Siagatonu got great reviews from her past keynote and that her presence will set the tone for the rest of the day, which will include a series of workshops, activities and lectures.

“I think based off her cultural background, she really understands that collective power in womanhood,” Barriga said of Siagatonu, who identifies as a queer Samoan woman and is an award-winning poet.

At the end of the day, attendees will have an opportunity to network and get to know one another in a leadership activity with Veronica Very. The activity, called the WOW Emergency Life Kit Exercise, will provide everyone with a small tin box. Inside the box, there will be different items that represent different parts of their needs, however, each box is incomplete.

“What you have to do is go around and connect to other young ladies and help them fill their box and you, in turn, help fill theirs,” Barriga explained of the activity.

The exercise sends the message that women should value their relationship with other women and lift each other up rather than tear each other down, which is something that is often represented in the media.

“I hope that they see we have a strong community here and that community will rally behind them,” Barriga said of those who attend Y.E.L.L. “They will make connections that will last a lifetime.”

In addition to a summit centered on youth, adults will go through their own programming of professional development. Not only does this allow the young ladies to have their own space, but it will allow adults to learn how to be more supportive and critical of their services.