The Native Student Success Summit is designed to inspire and empower high school and college students to be successful in higher education and beyond. Registration is required.
The summit will be offered both in an in-person format and online. If you sign up online, you will receive an email with zoom links before the event starts.

NOTE: COVID-19 vaccination is not required for visitors and chaperones to Highline College.

During the free summit, participants will:

The summit for American Indian and Alaska Native students is the result of a partnership between Highline Public Schools and Highline College.

Participating as presenters and organizers are Native educators, professionals and community leaders from the school districts of Auburn, Federal Way, Kent, Renton and Seattle; Green River College; and Seattle Indian Health Board. 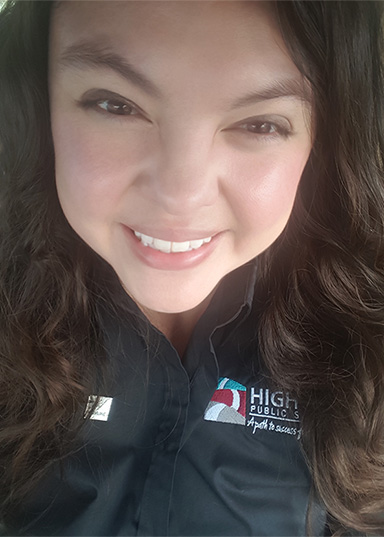 Sara Marie Ortiz and Dr. Tanya Powers are the founders and lead organizers of the summit, now in its sixth year.

Ortiz is a member of Pueblo of Acoma, a tribal community in New Mexico, and manages Highline Public Schools’ Native Education Program.

“There’s nothing quite like the Native Student Success Summit. We’ve worked hard to create an opportunity that isn’t just about college or career access and success for Native students alone,” said Ortiz.

“We see it as an expansive, immersive, challenging, intergenerational learning opportunity; a chance to connect with each other, ask tough questions, challenge norms, have critical conversations and feel truly supported at the summit and far beyond by a powerful network of Native scholars, professionals, artists, advocates and visionary Native change-makers. This has never been more urgently needed in these very complex times.” 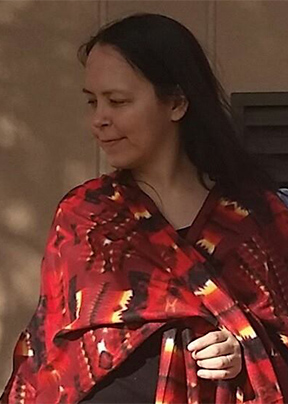 Powers is mixed heritage St. Lawrence Island Yupik/Siberian Yupik and Irish and is the Associate Dean of Workforce and Baccalaureate Education at Highline College.

“This is our sixth annual Native Student Success Summit and we are pleased to have this event where we can nurture culture, identity and community,” said Powers, who completed her dissertation — “Giving Back, a Retention Influence of Urban American Indian and Alaska Native Women Community College Students” — at Seattle University, completing her doctorate in educational leadership.

According to Powers, the two were inspired by other successful Highline College events for students of color, such as the Black and Brown Male Summit, the Y.E.L.L. Female Summit and the Latinx Summit. Approximately 100 students are expected to attend. 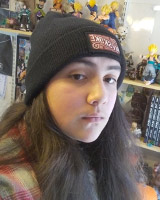 My name is Muttellokee Eros Beaver. My name means people gather around when I speak in the Muskogee language and it is a name only carried by my family. I am Muskogee Creek native. I’m 16 and I like to skate board, drawing and watching anime. He has also designed the logo for the Native Student Success Summit. This will be his 2nd year MC’ing the summit. 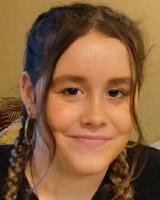 Isabella is mixed heritage of Alaskan Native from Curyung tribe, German, Puerto Rican, and African American. She is a part of NAYLA and the teen advisory council at the Pierce County Library. She enjoys drawing, reading, and creative writing in her free time. This will be her 2nd year MC’ing the summit. 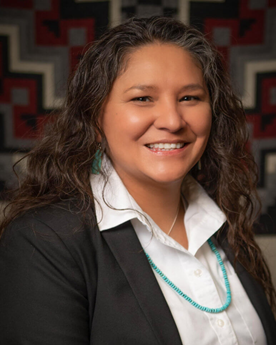 Esther Lucero is Dinè and Latina and a third generation urban Indian from Colorado Springs, Colorado. A leader in national public health policy for urban American Indians and Alaska Natives, Esther became CEO of the Seattle Indian Health Board in 2015 and completed a reorganization of the company by establishing a leadership team that is leading the charge toward an informed system of care that is grounded in indigenous knowledge.

Prior to Seattle Indian Health Board, Esther was the number one salesperson for a national retail corporation at the age of 22 before dedicating her life to public health policy for urban American Indians and Alaska Natives. She would later work in various positions for the Native American AIDS project and Native American Heath Center before joining the California Consortium for Urban Indian Health where she oversaw 10 health programs throughout California. Esther played a key role in the drug Medi-Cal carve out and getting a Center for Medicare & Medicaid Services (CMS) agreement to create a new program. She would also play a key role in California’s SUD component that would allow tribes and urban Indian programs to work together.

Esther’s passion and advocacy for Native health and transformative approaches to indigenous research and evaluation, Federal Indian Law and policy, reproductive justice for Indigenous women, and LGBTQ Two-Spirit health has made her a leader in health in Seattle and nationally. 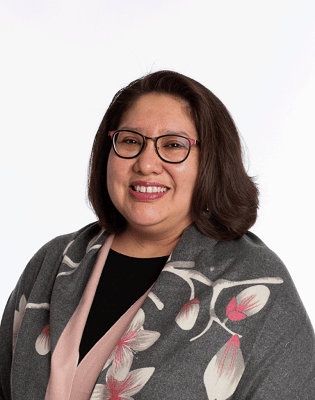 Dr. Myra Parker is an Associate Professor in the Department of Psychiatry and Behavioral Sciences in the University of Washington School of Medicine. She is an enrolled member of the Three Affiliated Tribes originally from the Fort Berthold Indian Reservation in North Dakota. She also serves as Director of the Seven Direction tribal public health institute, overseeing over $1 million in programs designed to support tribal and urban Indian public health capacity development across over 70 tribes and urban Indian health centers and tribal epidemiology centers. Her research focuses on cultural adaptation of evidence-based interventions among American Indian and Alaska Native communities. 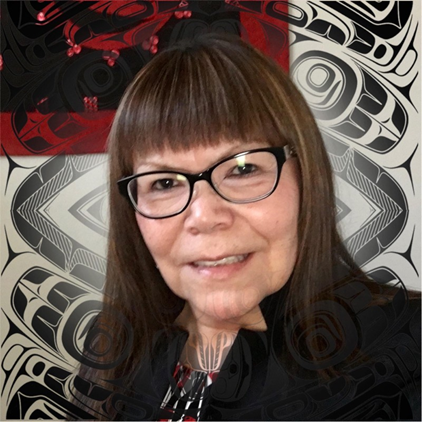 Millie Kennedy, Tribal Liaison, Indian Heath Pathway, UW Office of Healthcare Equity: My name is Millie Kennedy and I am the Tribal Liaison for the Indian Health Pathway at the University of Washington School of Medicine (UWSOM). I am an Alaska Native enrolled with the Tsimshian Tribe of the Metlakatla Indian Community in Southeast Alaska, and I belong to the Raven Clan. I have over twenty-three years’ experience working with Indian Tribes, and Urban Native American & Alaska Native communities. I earned my bachelor’s degree at Seattle University in Public Administration. Shortly after graduating from Seattle University, I worked here at the UWSOM as the very first Program Coordinator for the Native American Center of Excellence with Dr. Walt Hollow. I then worked for the Southeast Alaska Regional Health Consortium (SEARCH) as a Self-Governance and Native Hire Coordinator. SEARCH provides Indian healthcare to 19 Village Tribes located in Southeast Alaska. I left SEARHC to go to law school at the University of Wisconsin-Madison School of Law. I worked as a lawyer for over seventeen years practicing Federal Indian Law and Tribal Law. A year ago, I returned to the University of Washington School of Medicine as a Tribal Liaison for the Indian Health Pathway in the Office of Healthcare Equity. I really love working with students to work towards success. DOYax-shin! (Thank you in Tsimshian) 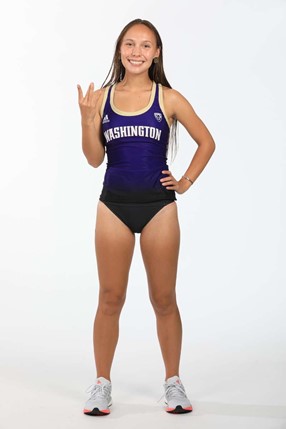 Rosalie Fish is an athletic advocate for the Missing and Murdered Indigenous Women crisis. Rosalie runs for the University of Washington and attends the school of social work. She gained national media attention for her 2019 run with red paint, and went on to become a TED talks speaker and activist. 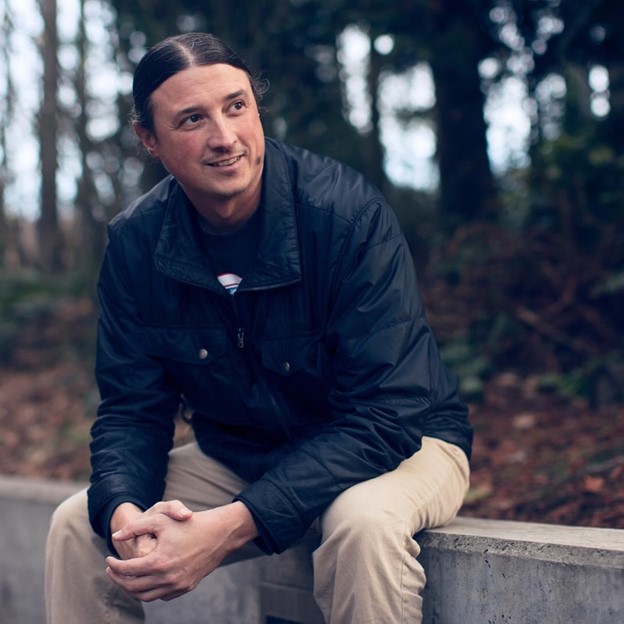 Matt Remle (Hunkpapa Lakota) He is the Native American Program Coordinator for Office of Native Education for the Marysville School District, editor of the Native News page Last Real Indians, the co-founder of Mazaska Talks, serves on the City of Seattle’s Green New Deal oversight board, is a board member for Indigenous by Nature based in Standing Rock and is on the steering committee for Stop the Money Pipeline.

He has authored and collaborated on several pieces of legislation including: Seattle’s Indigenous Peoples’ Day resolution, Seattle’s resolution calling on Congress to engage in reconciliation with Tribes over the Boarding School Era policies, Seattle’s ordinance to divest from Wells Fargo, Seattle’s Green New Deal ordinance, the National Congress of American Indians resolution calling on Insurance Companies to adopt policies of Free, Prior and Informed Consent.
In 2014, Remle was awarded Seattle’s Individual Human Rights Leader award. In 2017, he was awarded the National Indian Education Association’s Educator of the Year, the Billy Frank Jr. Natural Resource Protection Award and was named one of Seattle’s Most Influential People. In 2020, he was named by the Seattle Times as one of the top ten most influential people to watch for in the next decade. 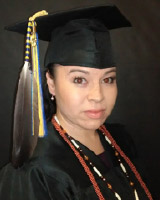 Mary Willoughby was born in Alberta, Canada on the Blood Reservation, she is a Blood member and a descendant of the Blackfeet Tribe. She graduated with her Bachelor’s degree in Education from Heritage University and has taught for two years in the Highline School District. She recently graduated with her Master’s Degree in Teaching at the University of Washington. In her free time, she loves spending time with her family and organizing homeless outreaches for the less unfortunate. Mary believes education and a helping heart is key to changing the world around her. 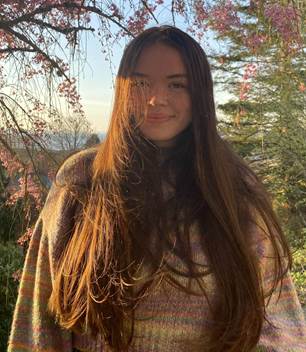 Morgayne is St. Lawrence Island Yupik. She is a born and raised Seattleite. Morgayne graduated from West Seattle High School in 2019. Now, she is studying at Highline College in the paraeducator program. She hopes to earn her AAS degree from Highline and then move on to the Bachelor of Applied Science degree in Elementary Education..

After years of experience in coaching roller derby for young girls in Seattle, she realized her passion lied with teaching and working with kids. Her goal is to work in educational policy with a focus on equity in the future. In her spare time, Morgayne enjoys spending time with her mom, friends, three papillon dogs, and traveling around the world when we are pandemic-free. 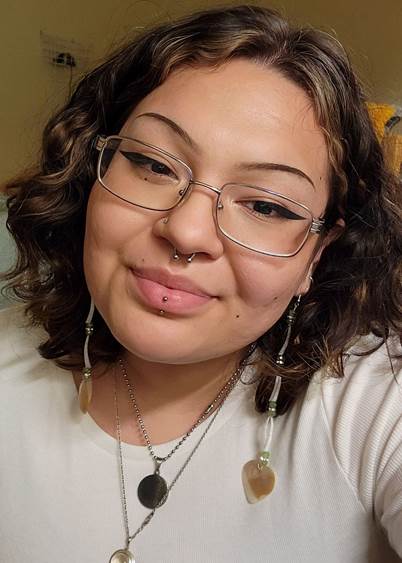 Oki, Tsa Ni Taapi. Paradise Gladstone is an enrolled member of the Blackfeet Nation in Northern Montana and the Kainai Blood Band in Southern Alberta, Canada. Paradise was born and raised in the greater Seattle region and, after graduating from Decatur High School in 2020, is now attending Pacific Lutheran University. At PLU, Paradise initially intended to major in Psychology and Native American and Indigenous Studies, but currently, in her second year, is majoring in Global Studies with a concentration in International Affairs and minoring in Critical Race Studies and Conflict and Communication and has aspirations to work in foreign affairs or intertribal relations. Despite being a full-time student, she works part-time at the Apple Store in the Tacoma Mall. She enjoys indulging in cerebral sci-fi and post-apocalyptic media, playing Sims or Genshin Impact, or enjoying nature in her free time. 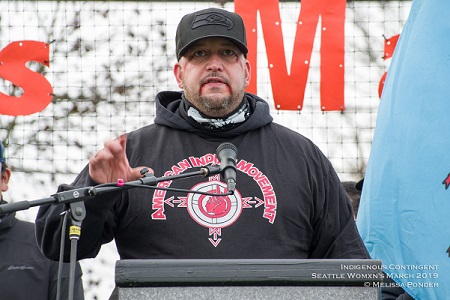 Willard Bill Jr. is a member of the Muckleshoot Indian Tribe where he is the Cultural Director. For 30 years, he has dedicated his professional career to working with Native Students as a Teacher and administrator at the Muckleshoot Tribal School, Seattle Public Schools, Muckleshoot Tribal College and partnering institutions. Will earned his Master’s degree in Education and Teacher Certification from Antioch University Seattle and his Bachelor of Arts in Criminal Justice from Washington State University in Pullman, WA. Will’s entire professional career has been committed to achieving educational excellence in K-12 and Higher Education for American Indian/Alaska Native students and communities. Will is also a skipper in the Muckleshoot Canoe Family and has been a leader in the revitalization of their ocean going canoes and Coast Salish Culture. 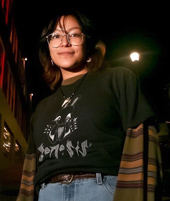 Spirit is a first-generation Hunkpapa Lakota and Samoan student in her final quarter at UW studying Public Health and American Indian Studies. As a military kid, Spirit grew up all around the South with her four younger siblings until she moved to Washington, specifically the homelands of the Nisqually, Puyallup, and Steilacoom. Since high school, Spirit has been passionate about skateboarding, teaching young people how to skate, and upholding inclusive skate communities to support one another while having fun and staying active. Currently, Spirit works at a local non-profit in Tacoma that is dedicated to sharing opportunities and empowering youth to learn and grow through skateboarding. Outside of class and work, Spirit enjoys beading, drawing, playing guitar, and skating with her friends.

SPECIAL THANKS to our community, our youth and our ancestors. Thanks are also in order for the contributions of Cowlitz Tribal Services, Native Educators from South King County, Seattle Indian Health Board, Highline College, UW School of Public Health, UW Gear Up Program, Highline College Foundation and Na’ah Illahee Fund.