For Students Far From Home, a New Home Is on the Way

Soon, a weed-filled vacant lot adjacent to the northeast corner of Highline College will be transformed into a place to call home for international students studying on the campus.

The gathering of approximately 60 people, including several investors from China, prompted King County Councilmember Dave Upthegrove to note that the large turnout “is a testament to how much community members care about this campus and about this community.”

Located on the west side of Pacific Highway South at South 236th Street in Des Moines, Highline Place will be developed in two phases, the first of which will be a five-story building with 12,000 square feet of ground-floor retail and four floors of housing.

The upper housing floors will offer state-of-the-art units for up to 160 international students studying at Highline College. Features will include a number of amenities:

The first phase is expected to be completed by early next fall. The second phase is projected for completion in 2018. 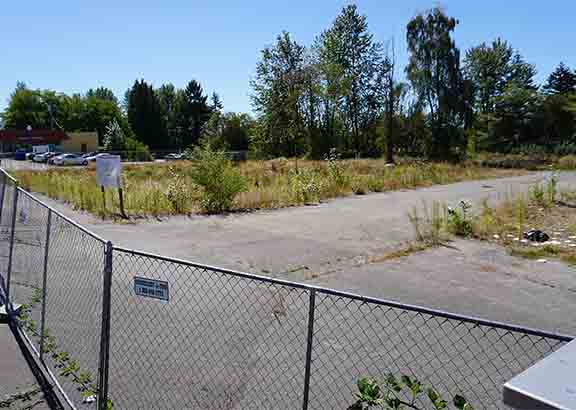 A vacant lot on the west side of Pacific Highway South, located at South 236th Street, will be the home of Highline Place, the first project in transit-oriented development around the future Sound Transit light rail station, coming to the east side of the highway by 2023.

Through this development “you are not only providing new facilities for international student housing, but you are also setting the tone for future development,” said Des Moines Mayor Matthew Pina.

Eastern Link Capital Management, a private equity fund, is the owner and developer of Highline Place. Speaking on behalf of the group, Haibin “Tony” Liu, co-founder and managing director, said, “We are very excited about the prospect of [Highline Place] being the catalyst for opportunity in this region, which we hope will spur more economic vitality and create a more inviting work and play environment right here near the Highline College campus.”

Currently, Highline College does not offer any student housing. International students have various living arrangements, including apartments, short-term housing and homestay opportunities with local families. The need for dedicated student housing has been apparent for some time. 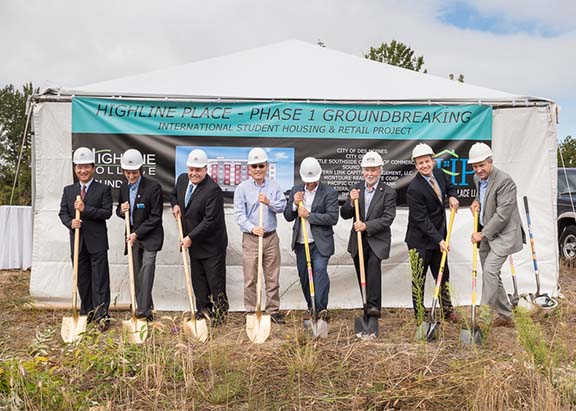 Each quarter, Highline serves more than 520 students from 25 countries, with demand continuing to grow. Students from other countries not only contribute to the ethnic and cultural diversity of the campus, but also contribute positively to the local economy.

The organization NAFSA: Association of International Educators estimated that Highline’s international students contributed approximately $16.03 million to the local economy during the 2013–14 academic year (the latest period for which figures are available) through tuition costs and living expenses.

Councilmember Upthegrove, who also serves on the Sound Transit board of directors, said the groundbreaking “is very exciting” and marked “the beginning of the transformation of this whole community, and a transformation for the positive,” adding that the future Sound Transit light rail station will be located on the east side of Pacific Highway South (Highway 99) by 2023.

“I like to think of Highline Place as the first part of transit-oriented development for our future light rail station and as a critical connector of making Highway 99 and the college all the more integrated not only into Des Moines, but also throughout all of south King County,” said Dr. Jack Bermingham, President of Highline College. “It’s going to spur more economic development for us all in this community.” 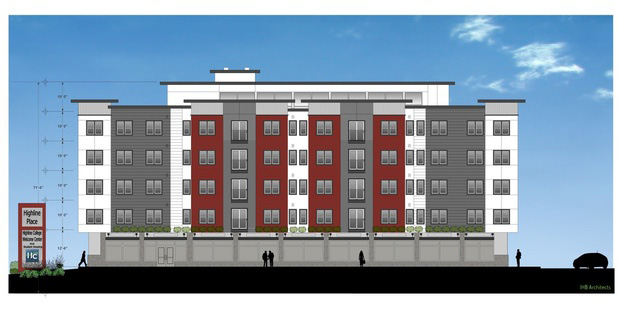 The first phase of Highline Place, located in Des Moines, will be completed by fall of 2017.
Rendering courtesy of IHB Architects.