Highline College has been named one of the nation’s top 150 community colleges by the Aspen Institute College Excellence Program.

The honor gives Highline the chance to compete for the 2017 Aspen Prize for Community College Excellence and $1 million in prize funds.

The Aspen Prize is the nation’s signature recognition of high achievement and performance among America’s community colleges. It recognizes institutions for exceptional student outcomes in four areas: student learning, certificate and degree completion, employment and earnings, and access and success for minority and low-income students. 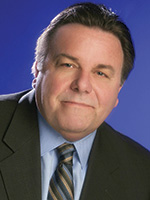 “Being recognized as one of the top 150 community colleges in the nation reflects Highline’s innovative efforts to support student access and attainment,” said Dr. Jack Bermingham, president of Highline College. “My colleagues take great pride in their success in making a difference in the lives of our students, working together every day to create equitable and inclusive opportunities.”

Started in 2011, the Aspen Prize is awarded every two years. Washington two-year colleges have fared well in past competitions.

In 2015, Renton Technical College was one of 10 finalists. In 2013, Walla Walla Community College was a co-winner with California’s Santa Barbara City College.

Highline, along with the other 149 community colleges, was selected from a national pool of more than 1,000 public two-year colleges using publicly available data on student outcomes in three areas:

Nearly half of America’s college students attend community college, with more than seven million students—youth and adult learners—working towards certificates and degrees in these institutions across the country.

“Community colleges have tremendous power to change lives, and their success will increasingly define our nation’s economic strength and the potential for social mobility in our country,” said Josh Wyner, executive director of the Aspen Institute College Excellence Program. “This competition is designed to spotlight the excellent work being done in the most effective community colleges, those that best help students obtain meaningful, high-quality education and training for competitive-wage jobs after college. We hope it will raise the bar and provide a roadmap to better student outcomes for community colleges nationwide.”

Ten finalists will be named in fall 2016 from the full list of selected colleges. The Aspen Institute will then conduct site visits to each of the finalists and collect additional quantitative data. A distinguished Prize Jury will select a grand prize winner and a few finalists with distinction in early 2017.

Recognition by the Aspen Institute adds to Highline’s recent awards and honors:

Eight other Washington colleges are among the top 150, recognizing the state’s strong two-year system:

The Aspen Prize is funded by the Joyce Foundation, the Siemens Foundation and the Kresge Foundation.

The Aspen Institute is an educational and policy studies organization based in Washington, DC. Its mission is to foster leadership based on enduring values and to provide a nonpartisan venue for dealing with critical issues. The Institute is based in Washington, DC; Aspen, Colorado; and on the Wye River on Maryland’s Eastern Shore. It also has offices in New York City and an international network of partners.