Join in a one-of-a-kind event designed to bring communities together to foster dialogue and friendship.

The August 13 event, which organizers have dubbed Come Sit at Our Table, will feature plenty of food and fun for those living in Tukwila and beyond. 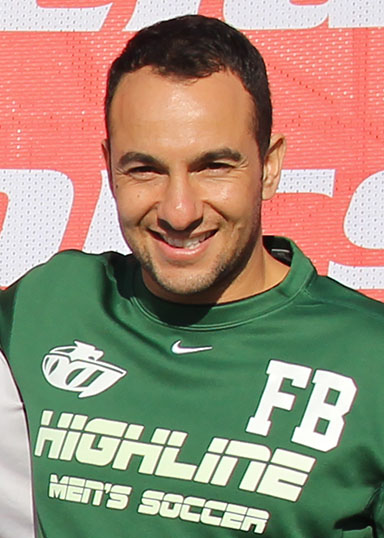 A portion of Tukwila International Boulevard will be closed to traffic and will become the site of what organizers hope is the World’s Largest Potluck, with people from across the city sharing their favorite dishes.

An adjacent street, South 144th Street, will be transformed into a street soccer venue, perfect for four-on-four matches.

Organized by Fawzi Belal, coordinator of Highline College’s Sports Outreach program, the four-on-four soccer matches will have 10-minute halves, no goalkeepers and plenty of fun.

“We hope people of all experience levels will participate,” says Belal. “We’ll keep the matches moving and keep the rules simple.”

Come for the soccer and musical entertainment and help break the record for the World’s Largest Potluck by bringing your favorite dish to share with others.

Behind the August 13 event is Action Tukwila, a grassroots organization that is working together to make Tukwila a better place to live, learn, work and play.

“We formed Action Tukwila to carry out resident-led projects that build community. We invite everyone who lives in Tukwila and surrounding communities to come,” says Charis Hnin, one of the leaders of Action Tukwila. “We encourage everyone to bring a dish to share, but if you can’t, then bring your appetite.” 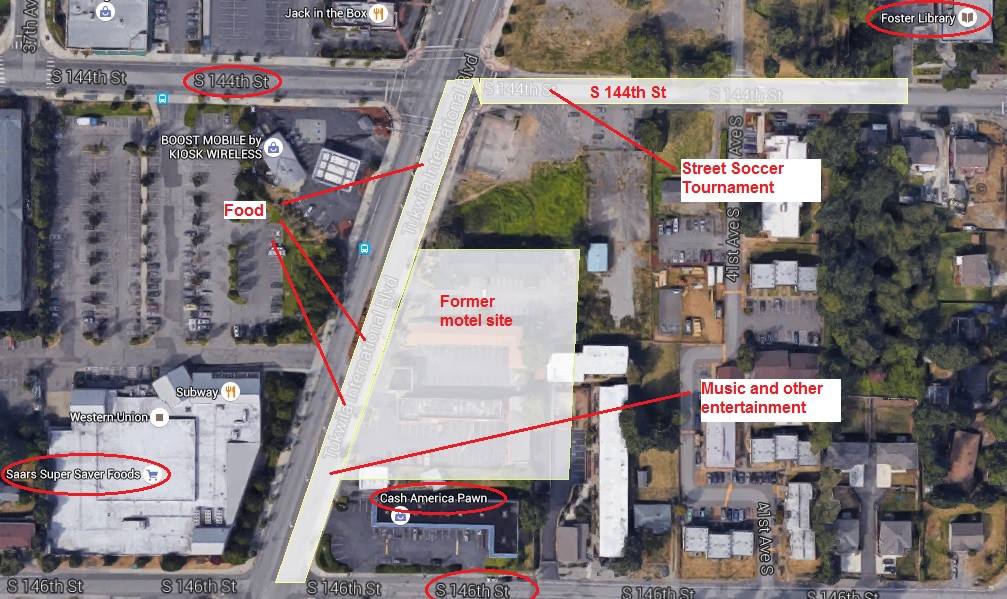 Streets will be blocked off during the August 13 Come Sit at Our Table event in Tukwila.

Visit the Action Tukwila website to learn more about the organization and the August 13 event.

People from around the world call south King County home. And around the globe, people play soccer—also known as football in many spots outside of the U.S.—because it is fun and does not require much in the way of equipment.

“That’s the beauty of soccer,” says Belal, a former Seattle Sounders FC player (2004–2008) who is a coach with the organization in addition to working at Highline. “All we need is a ball and surface to play on.”

Here in this corner of the world, people can share in a common love of soccer, while having exposure to other cultures and beliefs on the safe, neutral environment of the soccer pitch.

Playing soccer gives people the chance to learn from one another—helping bridge differences through a common interest—and form new friendships. It is also just plain fun.

The Record to Beat

According to the Guinness World Records website, the largest potluck party was attended by 1,275 participants and was organized by Chandler Christian Church in Chandler, Arizona, on April 6, 2014. Help break the record on August 13 in Tukwila.