Increasing Diversity of Teaching Corps One Aim of New Program

Increasing Diversity of Teaching Corps One Aim of New Program

The racial diversity of teachers in six school districts in south King County is low. The lack of diversity is of concern because of the racial makeup of the districts’ students.

Student diversity in the six districts is high, according to data from Washington’s Office of Superintendent of Public Instruction. 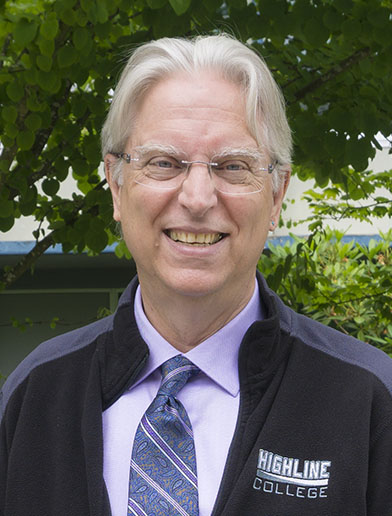 “Our school districts have valiantly attempted to change this. Some of them are making significant progress. However, there is still a big gap between the diversity of students and the diversity of the teachers, and much work to close it,” said Dr. Frank Kline, who is a program manager at Highline College, which serves south King County.

A new teacher training program beginning fall 2017 at Highline seeks to change the disparity. It gives those who hold an applied associate degree in Early Childhood Education or Paraeducation a path to an applied bachelor’s degree with the opportunity to earn teacher certification.

With more than 70 percent students of color, Highline ranks as the most diverse higher education institution in the state.

“Teachers of color can lead to higher achievement by students of color and positively affect graduation rates. And, they can reduce special education referrals as well as suspensions and expulsions,” said Kline.

Recent research has shown that matching black male students to a same-race teacher can improve educational attainment, according to a working paper [PDF] released by a team of researchers from American University, Johns Hopkins University and University of California, Davis.

In their March 2017 paper, the researchers found that low-income, male students who are black were 39 percent less likely to drop out of high school if they had a black teacher only once during grades 3–5.

Colleges like Highline have been offering applied bachelor’s degrees for more than 10 years.

Read more about Highline’s new program in a July 28 article in The Seattle Times:
“Need a flexible teacher-training program that won’t lead to a lot of debt? Try Highline College.”
Back in 2005, the state of Washington recognized it needed to create more opportunities for students to earn bachelor’s degrees in our state. The applied bachelor’s degree provides a pathway to a four-year degree for students who have earned an associate degree in a professional-technical field.

Before the applied bachelor’s was created, students with a technical associate degree who wanted to transfer to a regional or state college or university had to take additional lower-level coursework before they could declare a major and complete a bachelor’s degree. For students with work and family obligations in the area, transferring is often not an option.

“Because our students are local, they bring a deep understanding of the community in which they will work, which will make them a significant asset in the classroom,” said Kline.

Among the nearly 17,000 students attending Highline, 20 percent are Asian, 17 percent are Hispanic/Latino, 17 percent are African American and 13 percent identify as multiracial. Only 25 percent are White/Caucasian, according to data collected by the college, which is self-reported by students. Approximately 90 percent of students provide their race/ethnicity.