Campus remains closed. All summer classes will be held online and virtually. Many support services are available virtually. Registration for fall classes is open. Learn More.

Customers at Menuderia Maria love the signature dish, Menudo, a traditional soup found in parts of Mexico. It’s easy to see why.

The restaurant’s namesake, Maria Medina, has spent decades perfecting the recipe. With a rich broth and chunks of real meat, the soup fills up a large bowl — and hungry diners.

If this were a restaurant review, you would learn about other house specialties, including fresh handmade tortillas. Instead, this is a story of how three people had a common dream of opening their own restaurant and found making the perfect soup was the easy part.

Back in 2016, Burien residents Adolfo Montano and his wife Julieta Medina, who is Maria Medina’s daughter, were making plans for their own spot. They were doing the legwork and would be joined later by mother Maria, who was still working in California. 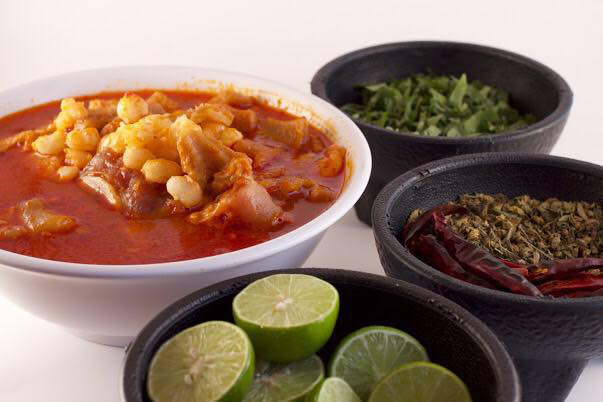 Menudo, a traditional soup found in parts of Mexico, is a favorite of Menuderia Maria customers.

The couple found a great location on Pacific Highway South, near the Kent–Des Moines border, but quickly ran into challenges.

To begin, the building in which they leased space sold while they were doing tenant improvements, so they had to renegotiate the lease with the new owner.

Next, their space wasn’t originally set up for a commercial kitchen, a fact they didn’t foresee causing problems. Installing vent hoods, for one, is complicated.

Given the problems they were having, Julieta and Adolfo realized they needed help.

By chance, they watched a news segment on Univision KUNS, a local Spanish-language station, where Jaqueline Garcia of Highline College explained a program for entrepreneurs called StartZone. 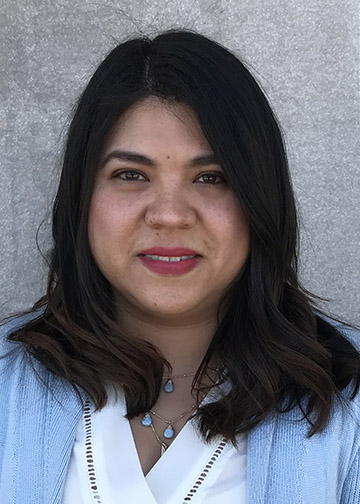 Originally from Mexico herself, Jaqueline typically works with Spanish-speaking immigrants like Julieta and Adolfo, helping them start and grow small businesses that are sustainably connected to the local economy.

Julieta, Adolfo and Maria are typical of the entrepreneurs who are helped by Jaqueline and other StartZone consultants. The trio has more than 60 years of experience in the restaurant industry, serving customers and working in commercial kitchens. But they needed help learning other facets of running a small business.

“When an immigrant doesn’t know the system, it’s easy to fall into abusive situations from people who are selling businesses and don’t divulge issues with the business. And there could be state and federal rules and regulations that immigrants aren’t familiar with,” she said. “The workshops help would-be business owners avoid such situations.”

Her goal is to prepare entrepreneurs, so they aren’t vulnerable and don’t put their savings at risk.

After participants have attended the Reality Check series, they can receive one-on-one help to start or expand their business. 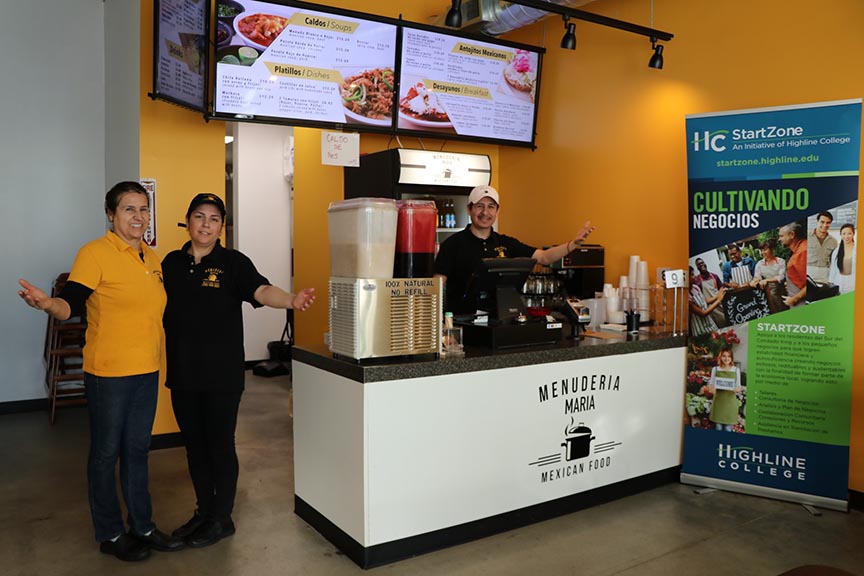 The owners of Menuderia Maria found the help invaluable.

Jaqueline and the rest of the StartZone team “helped us to apply for the different licenses and guided us during the whole journey,” said Julieta.

After 20 months and an investment of over $80,000, part of which came through their family savings, Menuderia Maria opened in August of 2018.

According to Julieta, they serve about 500 customers — around 600 plates of food — each week.

“It’s doing very well! We felt that our effort payed off,” she said.

Highline College’s StartZone was founded in April 2008 through the U.S. Small Business Administration. Today, it relies on grants from local cities and King County to provide a range of workshops, consulting and other business support services, all free to participants.