Prior to coming to Highline, Menke spent 20 years in the U.S. Navy where he held the rank of chief petty officer.

Most recently he was stationed in Everett and served as Law Enforcement Operations Manager with the Naval Station Everett Military Police. 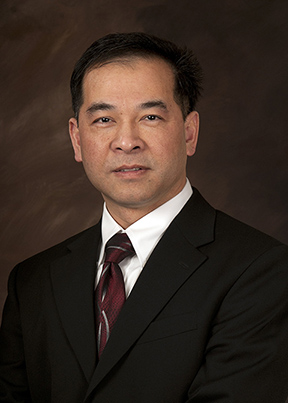 In addition to Everett, Menke’s posts included Lemoore, California, and Yokosuka, Japan, and during the war in Iraq, he was deployed to Baghdad, Fallujah and Kirkuk.

“We are very pleased to have someone of David Menke’s caliber to lead our public safety efforts here on campus,” said Michael Pham, Highline’s Vice President for Administration. “He has extensive background and management experience in law enforcement, public security and disaster preparedness.”

Now living in Kent, Menke was born in Chejudo, South Korea, and adopted early in life by an Air Force family. He was raised primarily in Colorado Springs, Colorado.

He earned his associate degree from Coastline Community College and his bachelor’s degree in human resource management from DeVry University. He holds several certifications, including those in antiterrorism, disaster preparedness, homeland security and Six Sigma Green Belt.