Come to Highline for Indigenous Peoples Day, where two Native presenters will offer their unique perspectives.

Highline began official recognition of the day in 2016. The day offers an opportunity both to reflect upon the ongoing struggles of indigenous peoples and to celebrate the thriving culture and value that neighboring tribes add to the college.

Both talks are free and open to the public and will be held on the college’s main campus. 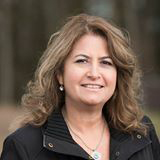 Bill will share what Indigenous Peoples Day means to indigenous peoples. Attendees will learn about the Muckleshoot Indian Tribe and some of its programs: higher education, language, art, history and land. 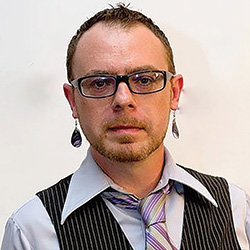 Using poetry, history and personal story, Driskill will address how by telling their stories, indigenous and LGBTQ+ peoples can contribute to social transformation, resistance, healing and imaginings of a decolonized future. Driskill’s talk is presented in partnership with LGBTQIA Week 2017.

Driskill is a (non-citizen) Cherokee Two-Spirit and Queer writer, activist and performer also of African, Irish, Lenape, Lumbee and Osage ascent. S/he is the author of “Walking with Ghosts: Poems” (Salt Publishing, 2005) and the co-editor of “Sovereign Erotics: A Collection of Two-Spirit Literature” and “Queer Indigenous Studies: Critical Interventions is Theory, Politics, and Literature” (both published by University of Arizona, 2011). Driskill’s book “Asegi Stories: Cherokee Queer and Two-Spirit Memory” (University of Arizona 2016) was a finalist for a Lambda Literary Award in 2017. S/he is the director of graduate studies in Women, Gender and Sexuality Studies at Oregon State University.

WHEREAS, Highline College recognizes that the Indigenous Peoples of the lands that would later become known as the Americas have occupied these lands since time immemorial; and

WHEREAS, Highline College recognizes that the college is built upon the homelands and villages of the Indigenous Peoples of this region, without whom the building of the college would not have been possible; and

WHEREAS, Highline College values the many contributions made to our community through Indigenous Peoples’ knowledge, labor, technology, science, philosophy, arts, and the deep cultural contribution that has substantially shaped the character of Highline College; and

WHEREAS, Highline College has a responsibility to oppose the systemic racism towards Indigenous Peoples in the United States, which perpetuates poverty and income inequality, and exacerbates disproportionate health, education, and social stability; and

WHEREAS, Highline College promotes the closing of the equity gap for Indigenous Peoples through policies and practices that reflect the experiences of Indigenous Peoples, ensure greater access and opportunity, and honor our nation’s indigenous roots, history, and contributions; and

WHEREAS, Indigenous Peoples Day was first proposed in 1977 by a delegation of Native Nations to the United Nations sponsored International Conference on Discrimination Against Indigenous Populations in the Americas;

AND, WHEREAS, Indigenous Peoples Day offers an opportunity both to reflect upon the ongoing struggles of Indigenous Peoples and to celebrate the thriving culture and value that our neighboring tribes including Muckleshoot, Puyallup, Duwamish, and other Indigenous nations add to our college.

NOW, THEREFORE, BE IT RESOLVED that the second Monday in October shall be declared as Indigenous Peoples Day at Highline College.

Proclamation was signed in September 2016 by Dr. Jack Bermingham, who served as Highline’s president, 2006–2017.