Student filmmakers found a variety of ways to tell the story of “Transformation,” the theme of the 2018 Highline Film Festival. Contest judges selected four winners, with two very different films tying for the top spot:

Contestants were challenged to create a short film running no less than 2 minutes, 30 seconds, and no more than 8 minutes. 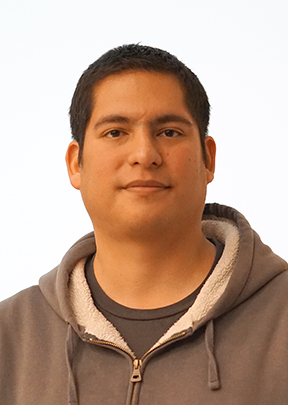 With a running time of 3 minutes, 14 seconds, Consiglieri’s film is a true story based on his journey through college. The first-time filmmaker enlisted fellow students to appear in his documentary, which he co-wrote, narrated, directed and edited.

Consiglieri, who came to the U.S. in 2013 from Peru, felt his personal experience worked well with the contest theme of transformation, reflecting how much he has achieved in his education and grown as a person.

“When I came to Highline, I had so many problems that I didn’t know which one was the worst,” said Consiglieri, who struggled with writing, math, reading, study skills and typing, which he focused on in the film.

Insecurity was a problem, too. When he began college in 2014 at age 28, Consiglieri was afraid he wouldn’t fit in because of his age.

“The reason I wanted to enter the contest was to show that any of us can be unexpected heroes that overcome problems and struggles.” 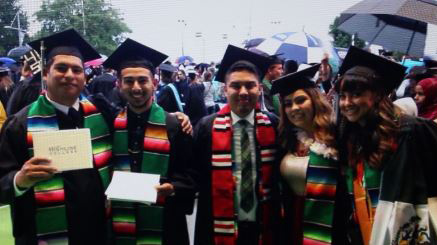 Watch Dario Antonio Consiglieri’s winning film, “Fear and Self-Loathing in Des Moines.” Subtitled in Spanish, the film is narrated by Consiglieri in English.

Making a film was yet another new experience for Consiglieri. He took his first video class in the fall of 2017, giving him limited skills with filming, recording sound and using software to edit. But with the encouragement of advisers and fellow students, including one who helped polish his script, he enjoyed every step in the process.

“I wanted to spread the message to targets like refugees, immigrants, DACA recipients, English as second language learners, those who are undocumented, people of color, and anyone that had a rough start at school that they have the power to face their problems and grow,” he said, noting that he himself finds great support from friends in the campus Latinx Club.

He will finish his associate degree in June 2018 and plans to enroll in Highline’s applied bachelor’s degree program in Teaching and Early Learning. He wants to become an elementary school teacher, perhaps concentrating on kindergarten. While he plans to stay in the area, one goal is to spend a few years teaching in Peru.

He currently lives in Seattle. 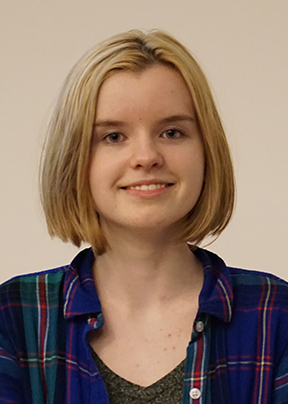 Makayla Sandberg’s film, “Run for the Hills,” runs 4 minutes, 32 seconds. She received help from her sister, Paige Sandberg, who stars in and created original music for the film.

The lifelong SeaTac resident is in her second quarter at Highline College, working on an associate degree as a Running Start student from Highline CHOICE Academy in Burien. She wants to continue her education at a school with a good film program, with the goal of making a career out of filmmaking.

“As long as I can remember, I have been making films with my sister and friends,” said Sandberg, who used the contest to share with others her work and passion for filmmaking.

The contest was a first for the 17-year-old. She saw it as an opportunity that could be beneficial, whether she placed or not.

“It gave me a chance to look at what I do and refine my skills and that is something I like to jump on when it comes up.” 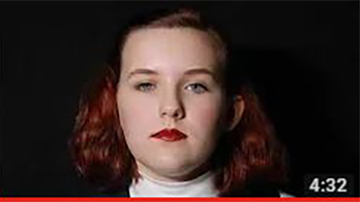 Watch Makayla Sandberg’s winning film, “Run for the Hills.” The film has no dialogue and is backed by original music created by Sandberg’s sister, Paige, who stars in the film.

Rich said that some filmmakers understood transformation through the prism of larger social changes while others looked at deeply personal transformations.

“We were especially pleased with the great diversity of visions in terms of not only demographic diversity but also a diversity of aesthetic visions. The submissions ranged from traditional narratives to documentaries, from expressionistic music videos to conceptual abstract pieces,” she said.

Films were judged on creativity, story structure and production value. The contest was free to enter. Contestants could work individually or as part of a team and could enter up to three films.

Winners received cash prizes, ranging from $250 for first place to $75 for fourth place, and had their short films screened at the free festival, held February 14, 2018.

This was the second year of the festival in its current format, sponsored by Highline’s Humanities department.

The college has held other film festivals over the years. Highline students had their first opportunity to create films as part of the college’s second annual Film Series during the 1965–66 academic year.

The winner of the 2017 Highline Film Festival was Kelsey Par for “The Home Within.”

More information about the contest, including guidelines and resources, is available on the Highline Film Festival blog.