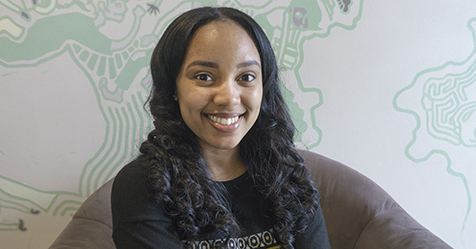 Originally from Nairobi, Kenya, but raised in Birmingham, Alabama, Highline College student Kelly Ngigi is no stranger to new cultures.

“I chose to attend Highline because of the good impressions I had with faculty and staff,” Ngigi said. “From the moment I stepped foot on campus to the first day of class I received a lot of help which encouraged me to stay at Highline.” 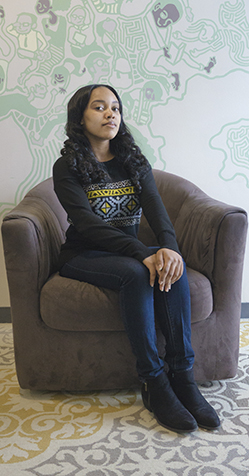 A new culture and a new home isn’t the only thing Ngigi found at Highline College.

“Highline has had a huge impact on my future,” Ngigi said. “My experience on this campus has led me to find my passion as well as taught me how to navigate higher education. The things I have learned have prepared me for my future endeavors.”

Ngigi works tirelessly to give back to the communities that she lives in. During her time at Highline College she worked as Community Resource Consultant with the Center for Leadership and Service.

Now after graduation, she hopes to move to a university to finish her degrees, eventually becoming a clinical psychologist and work with communities of color.

“I would like everyone to know that hard work, sacrifice, and commitment are the fundamental components of success,” Ngigi said. “I chose to combine those three elements with faith and that is why I can stand strong and continue to turn my dreams into reality.”


Get Started At Highline