Both events allowed friends, family and Highline staff and faculty the chance to applaud the hard work of students during the 2015–16 academic year. In all, 89 students took home 95 awards.

On May 11, the Pure and Applied Science division held its annual awards presentation at the Des Moines Activity Center. Awards for academic excellence went to 31 students in 16 categories from the five division departments:

The division has been holding the event since at least 1988. Having a ceremony distinct from the all-campus awards allows for a shorter and more intimate event, according to John Pfeffer, who has been teaching chemistry at Highline since 1988. 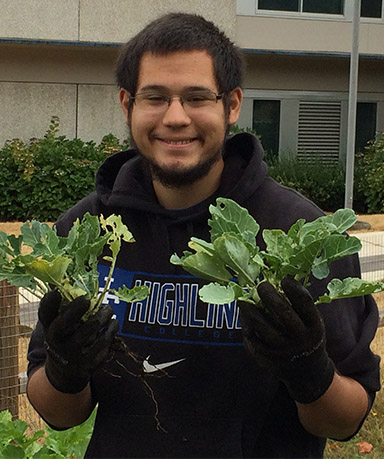 A tradition that began in 1999, the awards recognize students from a range of areas. Each academic department could select up to two students whose efforts during the year were especially notable. Winners were also chosen from leadership programs and clubs that are funded by student activities fees.

Andreas “Andy” Satkowski was one of two students earning two awards, recognized for his contributions to the ACHIEVE program and the Urban Agriculture program, which brings classes and resources to area residents to increase access to healthy food.

The May 25 event was funded by Student Services and Activities fees and sponsored by the Associated Students of Highline College with the Center for Leadership and Service.