Graduating students, together with friends, family and Highline staff and faculty, packed the ShoWare Center in Kent for the college’s 2016 Commencement ceremony, held June 16.

Before the ceremony got underway, graduating students shared advice for current and future Highline College students.

Several graduates urged students to ask questions, use campus resources and stay organized. There were surprising suggestions, too, all of which can be viewed in the 6-minute video. Thank you to the 38 students who participated in the video.

This year’s commencement offered a couple of significant firsts in the college’s history.

The college welcomed Sandra Cravens Robinson as the newest inductee into the ranks of Distinguished Alumnus Award winners. She is the first graduate of Highline’s Nursing program to earn the prestigious honor and was the first student of color in the program back in the 1960s. Fittingly, 2016 marks the 50th anniversary of the first graduating class of the program, which Robinson was a member of.

In another milestone, 20 students can now claim the honor of being Highline’s first Bachelor of Applied Science graduates. These students were the first to enroll in three of the college’s four new applied bachelor’s degree programs: Cybersecurity and Forensics, Global Trade and Logistics, and Respiratory Care. Highline also offers a fourth program, Youth Development, but because it started a couple of quarters after the other three, students have not yet graduated. Congratulations to them all:

During the ceremony, many students were recognized for their academic achievements with the following premier academic awards and honors:

The Highest Scholastic Achievement Award is presented each commencement to the graduating student—or students—who has attained the highest GPA and who has completed all degree requirements by the end of the spring quarter of the academic year of graduation. At this year’s commencement, 24 graduating students had earned perfect 4.0 GPAs, making them all winners of the Highest Scholastic Achievement Award:

More than 200 students participated in the Honors Program during the 2015–16 academic year. Out of that group, 19 students, including two pursuing BAS degrees, challenged themselves to graduate as Honors Scholars. These students completed at least 25 to 30 honors option credits, depending upon their degree, all while maintaining a minimum 3.5 GPA. In addition, they showed their dedication to the campus community by serving as club and student government leaders, participating in service learning, and much more. Read about the graduates in the Honors Program 2015–16 newsletter. 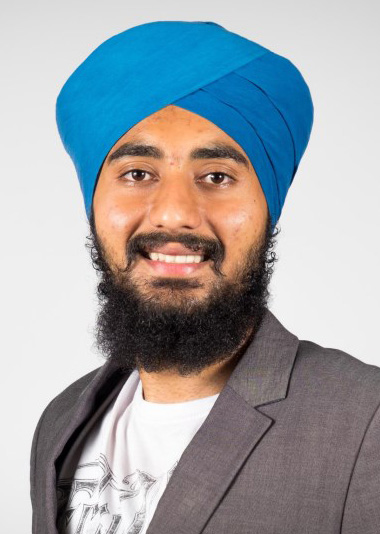 Gurchetan Singh was selected as the University of Washington Tacoma’s 2016 Next Step Scholarship recipient from Highline College. The scholarship provides up to $6,000 in support each academic year for two years, for a total value of $12,000. He will pursue a Bachelor of Science in Computer Science and Systems.

Singh moved from Punjab, India, to the U.S. at the age of 17. He worked full-time after graduating from high school, but knew that he wanted to continue his education. He found support at Highline College where he entered the TRiO and Honors programs.

In additional to serving as a leader in both programs, he founded two clubs: Anybody Can Code to promote computer science to non-STEM students and Chardi-Kala to combat racism and bullying. His proudest accomplishments at Highline are the relationships he built while raising awareness about Sikhs on campus. 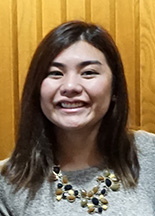 Patricia Saya won the Shirley B. Gordon Award for Academic Excellence. With a 3.94 GPA as of winter quarter 2016, Saya earned a $4,000 scholarship for the 2016–2017 academic year. The award is based largely on academic achievement, but also considers the student’s community service activities and community college experience. Dr. Shirley B. Gordon was Highline’s president from 1976 to 1990.

Saya discovered her interest in nursing in her native Philippines, where she helped take care of her grandfather. At the age of 10, she and her family came to the U.S.

She strengthened her dedication to the field of nursing at Swedish Medical Center, where she served as a Health Scholar since 2014. She also worked at the college’s Writing Center, helping fellow students on writing assignments. In all, she’s contributed more than 500 hours of volunteer time.

Saya earned her associate degree in Pre-Nursing while at Highline and will continue her education at the University of Washington to pursue a Bachelor of Science in Nursing.

Advice from Highline’s Graduating Class of 2016

Note: Graduates are listed alphabetically, not by order of appearance.